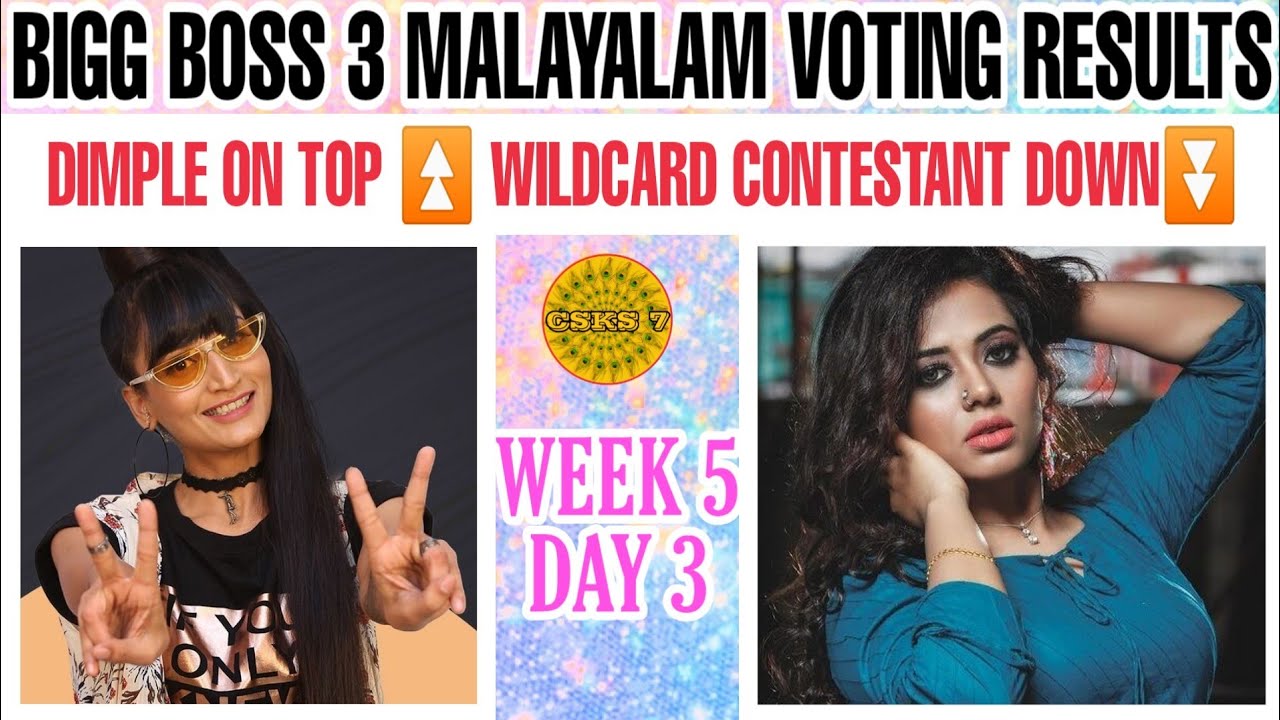 Bigg Boss Malayalam Season 3 is on the verge of completing its third week on a celebratory note. However, the fights continue to mar the housemates’ chemistry as the third eviction weekend approaches. Seven contestants entered the nominations for this week. However, the fate of one contestant will be sealed this weekend with this elimination announcement.

A glitzy ‘role playing task’, the strategy filled nominations task threw the limelight on the contestants. However, the major focus of the audience was on the nominated contestants. The audience loves the housemates who fight for their position in the house.

After successive weeks of nomination, Manikuttan and Soorya get a break. A very smart move by Manikuttan came through Soorya’s proposal rejection. Manikuttan understood Adoney and Angel’s failed love track attempt and did not want to fall into the trap.

Voting results for the nominations fluctuated based on the individuals’ dance performances. Rithu Manthra was in danger of eviction but her nomination for the best performance improved her vote share. Danger clouds Remya Panicker’s fate, as she is stuck in the bottom two of the voting results, and Dimple Bhal’s safety, is imminent from her screen presence.

The ‘Kaliyattam’ task and nomination task was the major highlight of this week. All the contestants were eligible for nominations this week. However, the quest for safety clouds the performances in the ‘character’ task.

According to reports, Dimple Bhal and Sajna/Firoz are likely to be safe this week.

According to reports, Remya Panicker or Sai Vishnu is likely to be evicted this week.

RELATED:  This is how much Bigg Boss runner Balaji Murugadoss earned for his 105 days stay inside Bigg Boss house - TheNewsCrunch