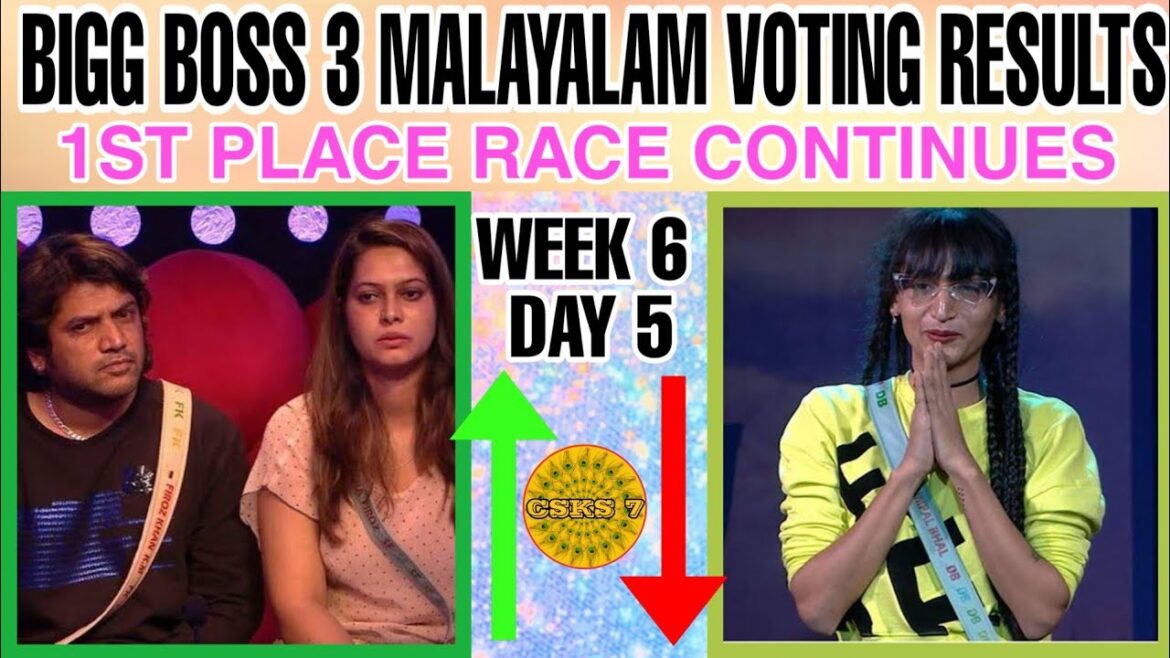 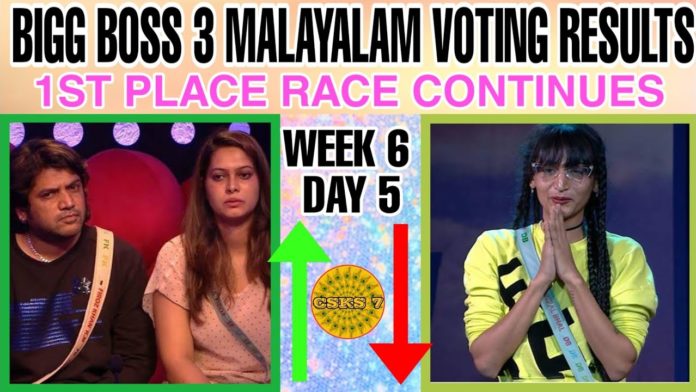 Bigg Boss Malayalam 3 will complete an eventful sixth week this weekend. The weekend episodes are graced by the host Mohanlal as he dwells in the happenings of the week. The major highlight will be the announcement of the fifth elimination of Bigg Boss Malayalam 3.

Six contestants entered the nominations for eviction in week 6 of Bigg Boss Malayalam 3. However, the performances during the tasks and fights impacted the voting results by great means. Four eliminations took place so far but the fifth eviction will be a decisive one. Incidentally, all the evicted housemates so far are female contestants.

The voting results in battle went down to the wire in this week’s case. Three contestants were trailing by a considerable margin from day 1. Also, their performance in the ‘Tube’ task did not impress the audience. Hence, Anoop and Sai Vishnu were subjected to danger and Majiziya joined the group.

Apparently, Dimple and Sajna/Firoz’s performances delighted the housemates and audience. Hence, they were contenders for the captaincy task alongside Sai Vishnu.

Anoop or Majiziya is the likely eviction of week 6 in Bigg Boss Malayalam 3. Sai Vishnu is also losing his popularity and struggled in the bottom three of the voting results.