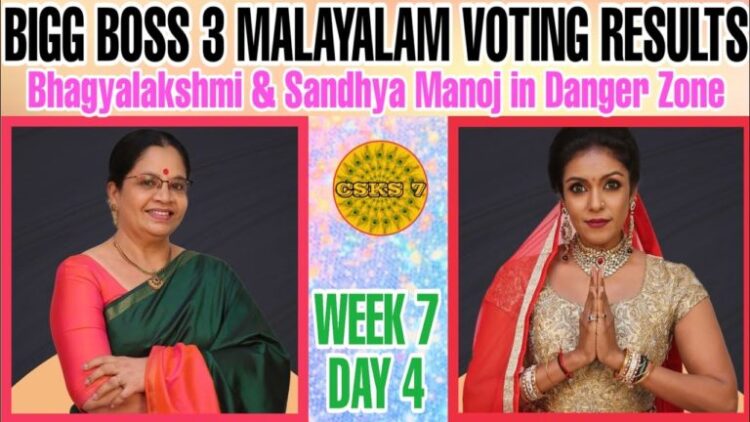 Bigg Boss Malayalam Season 3 captaincy task and the ‘laundry company’ task grabbed the focus of the audience so far. A surge in popularity is observed for Manikuttan this week as well. However, Ramsan and Sandhya entered the nominations for the first time. High drama and action unfolded this week as Bhagyalakshmi’s high-handed comments against Sai Vishnu paved her fall.

The drama surrounding this week’s luxury budget task performances is impacting the voting results by considerable means. Bhagyalakshmi and Sandhya are lurking around in danger of elimination and Sai Vishnu’s captaincy will come to an end in today’s episode.

Captain Sai Vishnu was safe from nominations this week.

According to reports, Kidilam Firoz and Sajna/Firoz are likely to be safe this week.

According to reports, Sandhya or Bhagyalakshmi are likely to be evicted this week.