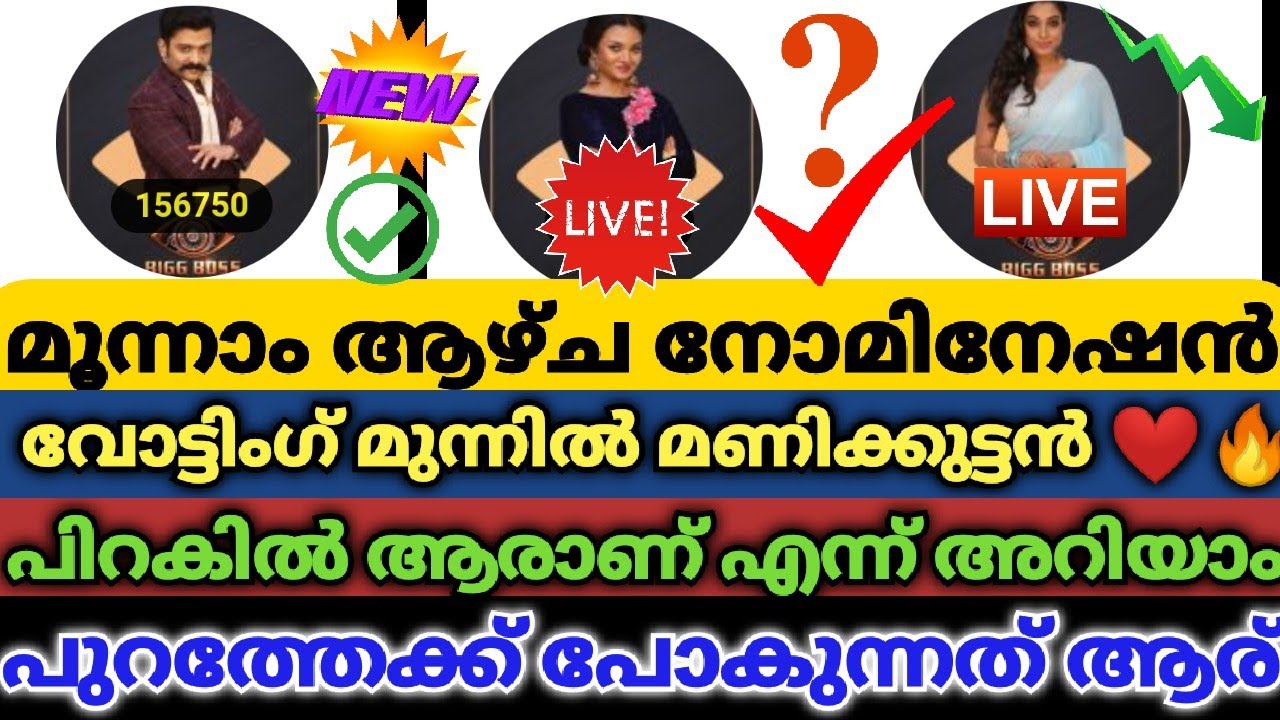 Bigg Boss Malayalam Season 3 nominations task for eliminations this week witnessed a major twist in the tale. After two consecutive weeks of nominations, Sai Vishnu and Dimple Bhal were safe. Rithu Manthra reentered the nominations after a week’s break. Sajna and Firoz continue to lurk in danger with yet another nomination.

The fiasco surrounding last week’s performances is impacting the voting results by considerable means. Angel Thomas and Sajna/Firoz are lurking around in the bottom two and Rithu’s safety seems to be a huge positive for her prospects this week.

The closed room nomination task was the major highlight of this week. All the contestants were eligible for nominations this week. However, there were no direct nominations as a penalty, unlike last week.

According to reports, Rithu Manthra and Soorya Menon are likely to be safe this week.

According to reports, Sajna/Firoz or Angel Thomas are likely to be evicted this week.