Home EntertainmentBiggBoss Bigg Boss OTT Contestants List: These are celebrities approached for the upcoming season of Bigg Boss on Voot

Bigg Boss OTT Contestants List: These are celebrities approached for the upcoming season of Bigg Boss on Voot 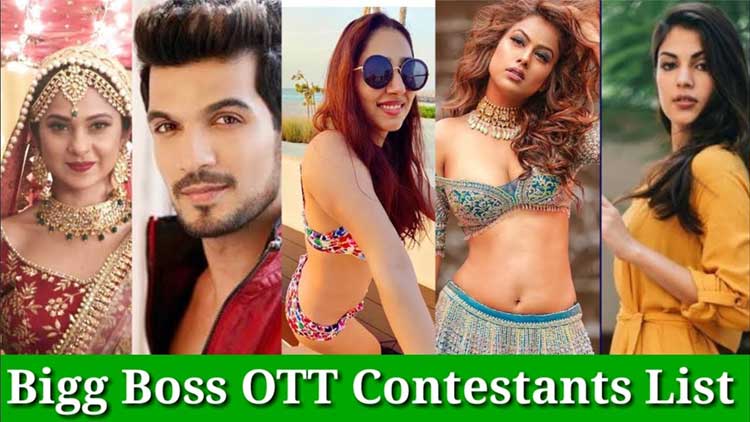 ‘Bigg Boss OTT’ is going to start on 8th August 2021. It has been confirmed that it will be hosted by Karan Johar, while on TV, ‘Bigg Boss 15’ will once again be hosted by Salman Khan, and with his ‘outcast’ style, people will be entertained.

Meanwhile, The Khabri, which gives the latest TV updates, has told which the organizers have approached celebrities for the show. After knowing this, the excitement about the show has increased a lot among the fans. You also know who can be a part of the show:

Karan Patel
Karan Patel, who plays Raman Kumar in Yeh Hai Mohabbatein, has also been thought of by the makers to invite him.

Arjun Bijlani
Arjun Bijlani, playing with dangers in ‘Khatron Ke Khiladi 11’, can be a part of another reality show.

Mohsin Khan
The fourth name in this list is Mohsin Khan, whom the makers have approached for ‘Bigg Boss.’ He has played the role of Karthik in the TV show ‘Yeh Rishta Kya Kehlata Hai.’

Avinesh Rekhi
Avinesh Rekhi, who plays Sarabjit in the TV show ‘Chhoti Sardarni,’ can also be a part of ‘Bigg Boss’ this time.

Divya Agarwal
Varun Sood’s girlfriend Divya Agarwal, who has appeared in Season 1 of MTV’s Splitsvilla and Ace of Space, may also enter the Bigg Boss house.

Neha Marda
Actress Neha, who plays an important role in ‘Balika Vadhu,’ has also been approached for the reality show.

Surbhi Chandna
Actress Surbhi Chandna, who played the popular role of Anika Oberoi in ‘Ishqbaaaz’ and Bani in ‘Naagin 5’, can also rock the ‘Bigg Boss’ house.

Riddhima Pandit
Whether Riddhima, who was the second runner-up of the 9th season of ‘Khatron Ke Khiladi,’ will be a part of the show or not depends on her. However, the buzz is that he has been asked for the show.

Karan Wahi
Karan, who was also approached to host ‘Bigg Boss OTT,’ can now be seen as a contestant on the show.

Varun Sood
Varun, seen in ‘Khatron Ke Khiladi 11’, has tremendous popularity among the fans. Perhaps this is the reason why he can also get a place in ‘Bigg Boss’.