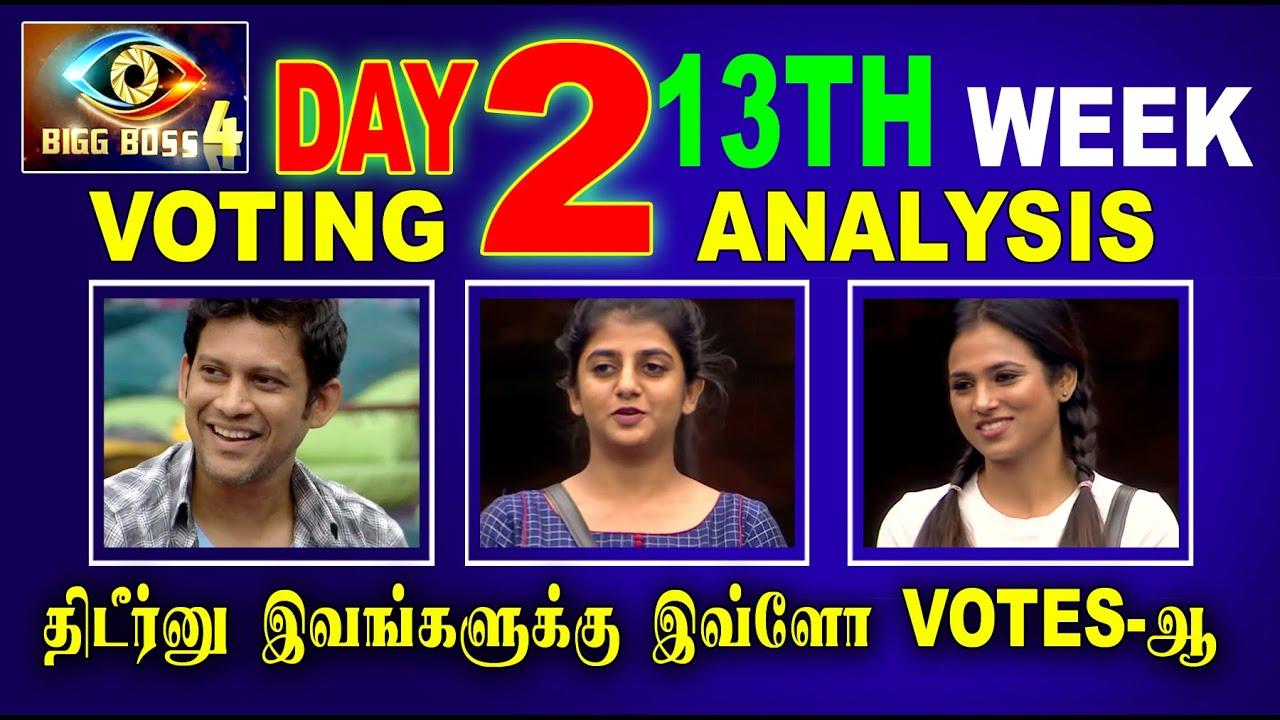 Bigg Boss Tamil Season 4 is on course to end an emotional thirteenth week. Five contestants were nominated for eliminations in week 12 of Bigg Boss 4 Tamil. Eleven eliminations took place so far and Anitha was the last contestant to be evicted. A major twist was witnessed in this week’s voting results as Ramya entered the danger zone but Aajeedh is in the last position.

The ‘Freeze’ task and Aari’s fans, Shivani’s mother’s actions are impacting the nominations by considerable means. Shivani and Aajeedh are lurking around in the bottom two and Shivani’s voting share seems to have got a massive drop after her mother’s appearance this week.

This week’s voting results are seeing healthy competition in the top of the voting polls as the top contestants like Aari, Rio and Balaji are safe in nominations. The presence of two contestants from the ‘love bed group’ gave the audience a week to shift focus on Aajeedh, Shivani and Ramya.

The ‘Freeze’ task for Wednesday was quite entertaining with Rio and Ramya’s family. Considering the task was an emotional yet funny one, the contestants put in their best efforts. Rio’s sob story and Ramya’s fun moments with his brother and mother in the task were noteworthy so far.

Captain Aari was safe from nominations this week.

According to reports, Somshekar, and Gabriella are likely to be safe this week.

According to reports, Aajeedh and/or Shivani are likely to be evicted this week.

How to Vote in Bigg Boss Tamil Season 4 Week 13 Elimination?