Bigg Boss Tamil 5 Grand Finale: Who Will Win The Show? Prize Money and Runner Up 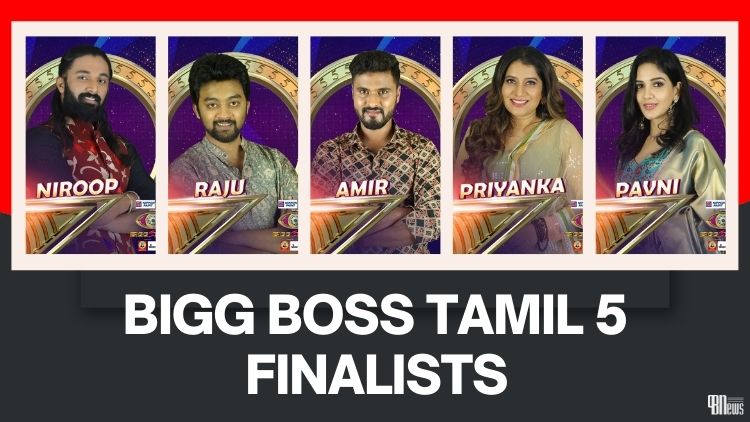 Bigg Boss Tamil 5 the most popular show on Tamil television, will finally crown a new winner on Sunday Night. The show started on October 3, 2021, with 20 contestants including 2 wildcard entries, has currently a total of 5 contestants. Audience are eagerly waiting to see which contestant would lay his hands on the trophy and walk out of the Bigg Boss Tamil house like a king or a queen.

A few weeks ago, Ciby Chandran walks out of the house with a cash prize of Rs. 12 Lakh offered by the show. The top five finalists of Bigg Boss Tamil 5 are Niroop Nandhakumar, Raju Jeyamohan, Priyanka Deshpande, Pavni Reddy, and +.

The show will air on Vijay TV from 6 PM on the occasion of Pongal. Stay tuned with us for the latest news update on Bigg Boss Tamil 5.