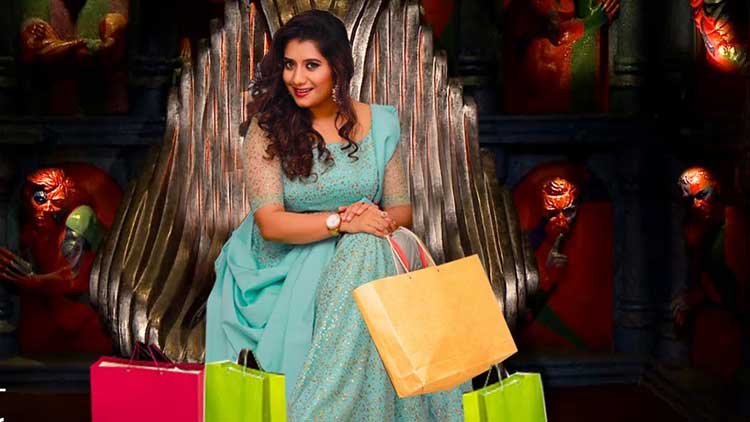 Priyanka Deshpande (born 28th April 1990) is one of the housemates of Bigg Boss Tamil 5. She is an Indian Television Anchor, Video Jockey. She is mainly known as ‘Vijay TV Priyanka’ in Tamil Nādu, as she has been working for a long time with Star Vijay Television including ‘Cinema Kaaram Coffee along with Ma Ka Pa Anand’, Olli Belly, Airtel Super Singer Junior – season 4, season 5 & season 6, etc. She also hosted the show The WALL along with Ma Ka Pa Anand.

She is of Maharashtrian origin, but was born and brought up in Karnataka.

Priyanka, one of the contestants of the Bigg Boss Tamil 5 has entered the house on 3rd October 2021. In the first week, all the members are divided into cooking, housekeeping, vessel washing and washroom cleaning teams. Priyanka became one of the members of the cooking team.

In the weekend episode, when Kamal Haasan asked the housemate to share their feedbacks about the housekeeping team, Priyanka appreciated the working style of Iykki Berry. Priyanka, along with all the housemates were nominated for the 1st-week elimination, but the good thing is there was no elimination process for the first week. However, for the second week’s elimination, Priyanka is also nominated with the other housemates.

We will update soon.