Biggest protests in Myanmar since 2007 draw tens of thousands 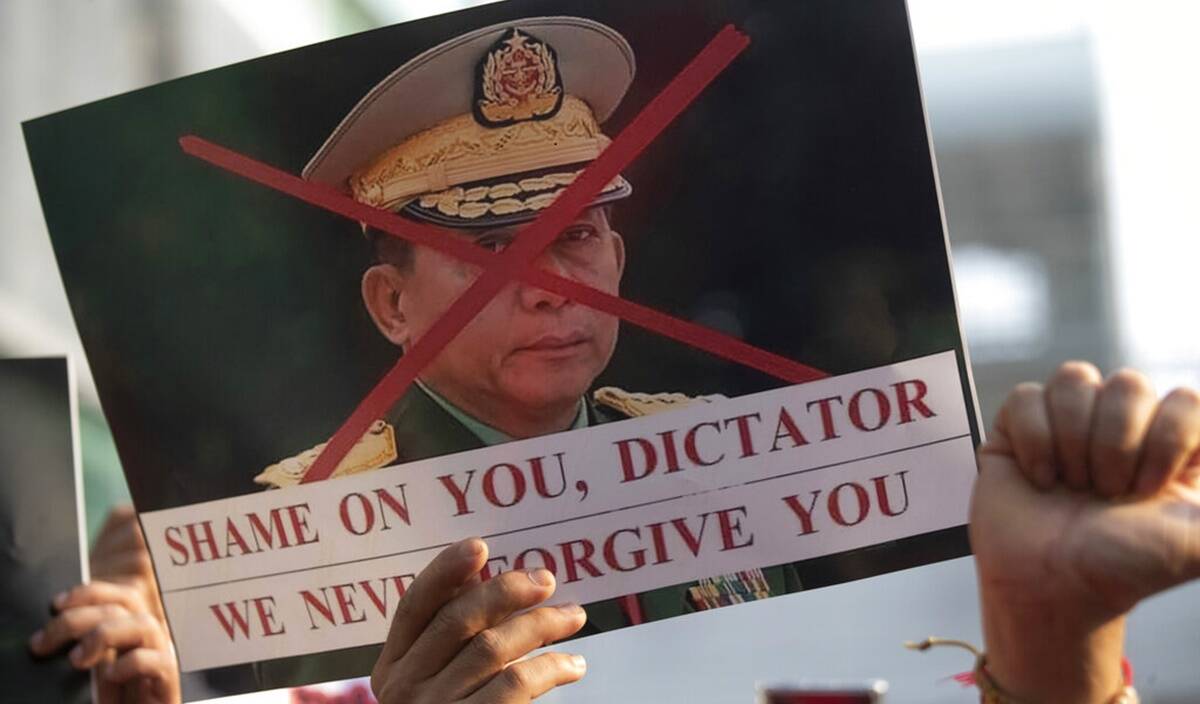 Tens of thousands of people marched for a second day in Myanmar’s biggest city on Sunday, and thousands more assembled across the country to protest against the military junta’s coup and detention of elected leader Aung San Suu Kyi last week.

The protests, which took place despite an internet blackout and restrictions on phone lines, were the biggest demonstrations in the country since the 2007 Buddhist monk-led Saffron Revolution.

On Saturday, tens of thousands took to the streets in the first mass protests since the coup.

On Sunday morning, massive crowds from all corners of Yangon converged on Hledan township, some walking through stalled traffic, and marched under bright sunshine in the middle of the road.

They waved NLD flags and gestured with the three-finger salute that has become a symbol of protest against the coup. Drivers honked their horns and passengers held up photos of Nobel Peace Prize laureate Suu Kyi.

The scenes broadcast on Facebook were some of the few that have come out of the country since the junta shut down the internet and restricted phone lines on Saturday. Speaking as he filmed the streets, the broadcaster said getting information out might help keep the protesters safe.

There was no comment from the junta in the capital Naypyitaw, more than 350 km (220 miles) north of Yangon.

“They already started shutting down the internet – if they rule more they will repress even more on education, business, and health,” said Thu Thu, a 57-year-old who was arrested by a previous junta during pro-democracy protests in the late 1980s. “This is why we have to do this,” he said.

“We cannot accept the coup,” said a 22-year-old who came with 10 friends, who asked not to be identified for fear of retribution. “This is for our future. We have to come out.”

By mid-morning about 100 people had taken to the streets on motorbikes in the coastal town of Mawlamyine in the southeast, and students and doctors were gathering in the city of Mandalay in central Myanmar.

Another crowd of hundreds spent the night outside a police station in the town of Payathonzu in Karen state in the southeast, where local NLD lawmakers were believed to have been arrested. They remained outside in the morning, singing pro-democracy songs.

With no internet and official information scarce, rumours swirled about the fate of Suu Kyi and her cabinet. A story that she had been released, which drew huge crowds onto the streets to celebrate overnight on Saturday, was quickly quashed by her lawyer.

More than 160 people have been arrested since the military seized power, said Thomas Andrews, the United Nations special rapporteur on Myanmar.

“The generals are now attempting to paralyse the citizen movement of resistance – and keep the outside world in the dark – by cutting virtually all internet access,” Andrews said in a statement on Sunday.

“We must all stand with the people of Myanmar in their hour of danger and need. They deserve nothing less.”