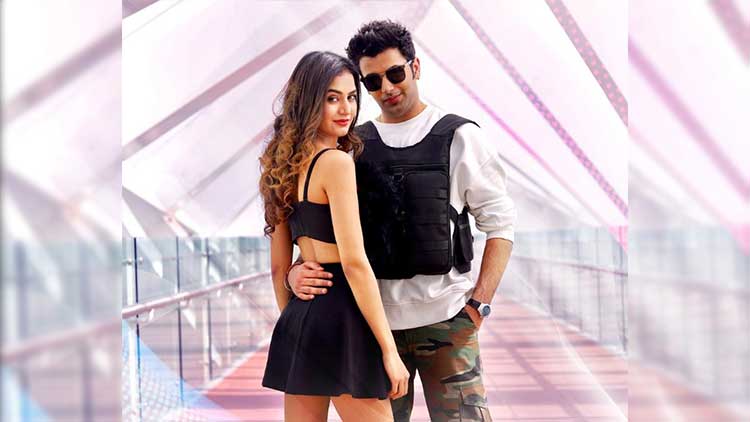 Singer Keshav Malhotra unveils his latest track, Nasha Chad Gaya, in collaboration with Ramji Gultai. The song is a foot-tapping number, shot exclusively in Dubai, making it the biggest song from an independent artist, ever.

Blessed with a velvety voice, Keshav Malhotra’s latest single is produced by Artbaz Studios and this one is mixed in three different languages, Hindi, English and Punjabi.

Talking about his song, Keshav said, “Song is out now, and I am happy with final output and the stunning response it’s getting. This song is close to my heart, as we have gone all out with it, in terms of scale. This is my first international multilingual track songs. This is also my biggest song till date in terms of scale from an independent artist. This one is wish come true for me. I hope people appreciate the effort and this song opens up a whole new dimension for independent artists”.

A popular name in the Hindi and Punjabi music world, Ramji Gulati has directed the video and Keshav is just gaga over it. “Couldn’t have asked for a better director, he understands every little nuance of music-video making and isn’t afraid to take risks. We have shot the song in Dubai, so it’s quite beautiful”.

Keshav Malhotra enjoys a remarkable fan-base on YouTube, Instagram and other social media platforms. After his latest track, the singer aims to release a new song every month.

The talented artist is also planning to add a whole new dimension to his versatile creative streak; he is aspiring to become an actor.

Talking about adding acting to his resume, Keshav said, “When we’re doing a music video, we’re acting as it is, so I thought of sharpening my skills in performing arts. I enjoy the music world, but I have plans and ambitions to enjoy the space in front of the camera as well. I think I have made my mark in the music world, it’s time to conquer the acting arena”.