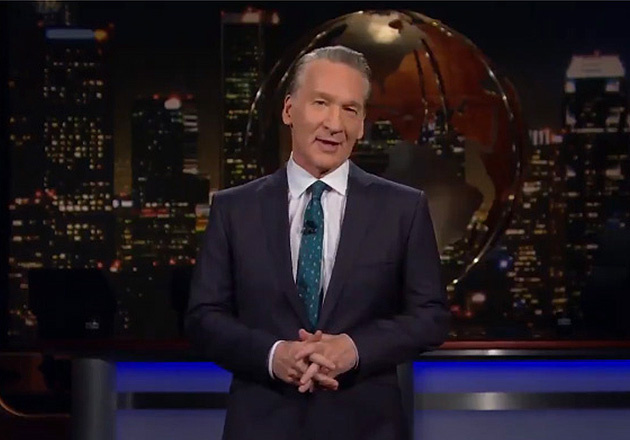 Marjorie Taylor Greene was the recurring topic of the latest episode of HBO’s Real Time with Bill Maher.

The comedian, and his guests, CNN political commentator and CEO of REFORM Alliance Van Jones, and James Pogue, journalist and contributing editor at Harper’s Magazine tackled the topic of conspiracy theories during the show.

During his opening monologue, Maher said Greene “never met a conspiracy theory she doesn’t like”. He highlighted one of the conspiracy theories that she is reported to have shared – Frazzledrip – a strange belief that Hillary Clinton drinks the blood of children. “It sounds like something Lil Wayne uses to get high,” he joked.

Jones said he was stunned about some of the freshman Republican’s beliefs.  “Now you have someone who is saying there are Jewish space lasers in California,” he said.

“I think aliens probed her ass and her brains fell out,” added Maher.

Jones added that one of the questions was how much attention to you give her. “This week, we’ve probably given her more attention than some of the good stuff that Biden has done. We did that with Trump,” he said. “Congress should act and we should move on. I don’t want to make another Trump out of this crazy person.”

Pogue added that he believes censure is a good idea. “Something so Republicans can say ‘Look we actually don’t think these people are truly evil, crazy lizard scorpions’ but on the other hand if you censure her and/or throw her out, you end up in a situation where she’s a martyr.”

“I miss the Tea Party,” joked Jones. “They were mean and grumpy, they weren’t murderous.”

Elsewhere, on the show, the trio talked about the possibility of bipartisan support for climate change legislation, while Maher also had a conversations with evolutionary biologists Heather Heying and Bret Weinstein about Covid-19 and the vaccine.

The co-hosts of The Dark Horse podcast and co-authors of the forthcoming book A Hunter-Gatherer’s Guide to the 21st Century said that there’s a problem built into the question of vaccines, notably the game theory aspect of it, as well as the difficulty of having a nuanced conversation about the topic.

The pair also talked about the possibility that Covid-19 was created in a Chinese lab. Heying said he believed that the chances it came from a lab were 90%. “Did it leak from a lab? That was clear from the beginning a possibility,” he said.

Maher ended by voicing his support for California governor Gavin Newsom amid calls for him to be recalled. “Don’t do it. Gavin Newsom is a smart guy, a good guy, Please don’t do this,” he said.

Back to Top
Close Add post
X
Smackdown Recap: Braun Strowman Returns in Time for Royal Rumble…TVThe Royal Rumble is two days away and WWE has just one episode of Smackdown to sell it. Well, I guess technically they don't really have to sell it an…

X
The Blacklist Season 9: Who Could Be No. 1 On Red’s Blacklist – Cros…TVOn January 22, NBC brought to fan screens the third episode of the eighth season of the crime drama The Blacklist, which follows Elizabeth ‘Liz’ Keen …
close