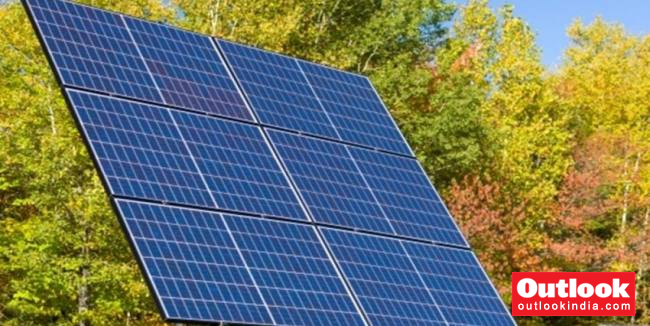 A group of powerful Republican senators who alleged that Chinese companies are using forced labour in Xinjiang region, has introduced a legislation to prohibit federal funds from being used to buy solar panels from these companies based in China.

‘The Keep China Out of Solar Energy Act’ requires the Director of the Office of Management and Budget to develop protocol and guidelines to prohibit federal funds from being used to buy solar panels produced or assembled by entities with ties to the ruling Communist Party of China (CPC).

It also requires the Comptroller of the US to submit to Congress a report on the amount of solar panels procured by federal departments and agencies from covered entities.

“Beijing has made it clear that to do business in China, you must leave American values behind,” Senator Marco Rubio said.

“As the Chinese Communist Party is actively committing genocide against Uyghurs and other ethnic Muslim minorities, it forces American companies to look the other way while profiting from its egregious human rights violations, including forced labour,” Rubio said.

He said that the CPC’s crimes should not be fuelled by American taxpayer dollars.

China has emerged as one of the leading manufacturers of solar panels and photovoltaic power.

Last week several western countries – including the US, the UK, Canada and European Union members – imposed sanctions on officials in China over the situation in Xinjiang.

China has repeatedly denied the allegations of abuse and has hit back with retaliatory sanctions on European officials.

“No taxpayer dollars should be used to prop up the Communist Party of China, which is committing a genocide against the Uyghurs under General Secretary (and Chinese President) Xi (Jinping’s) direction, continues to threaten our ally Taiwan and strip basic rights from Hong Kongers,” Senator Rick Scott said.

Reports show that many solar companies rely on materials and labour from Communist China’s Xinjiang province, which is known for forced labour and horrific abuse of the Uyghurs, he said.

“My Keep China Out of Solar Energy Act, which prohibits the use of federal funds to buy solar panels from Communist China, sends a clear message to General Secretary Xi that the United States will not turn a blind eye to his genocide and human rights abuses,” Scott said.

Senator John Kennedy said that the CPC is guilty of monstrous human rights violations, and the regime’s cruelty is on full display in Xinjiang, where Uyghurs are suffering in Communist prison camps.

Reports indicate Beijing relies on forced labour in Xinjiang to make solar panels — and other products — many of which it sells to the US, he said.

“Americans should have no hand in funding the CCP’s atrocities, and the Keep China Out of Solar Energy Act would ensure that federal dollars don’t fund the Communist Party, or any of its affiliated entities, through the purchase of solar panels,” Kennedy said.