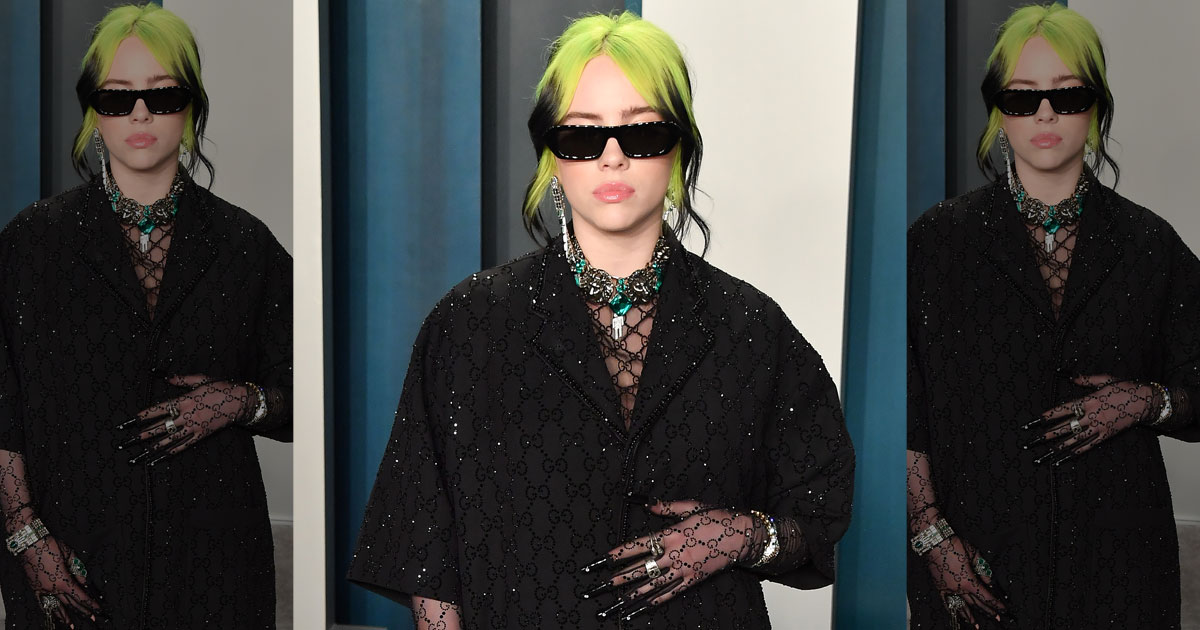 Billie Eilish has earned unprecedented fame just at the age of 19 years. She’s the youngest female artist to have even sung for a James Bond movie! If that isn’t enough, one cannot let go of her number of nominations and wins for the Grammys. But there’s one thing that has constantly held her back – her weight and the insecurities around it! The Bad Guy singer is opening all about it now!

For the unversed, Billie was recently body-shamed on the Internet. It happened as a picture of hers in a tank top went viral. Many claimed that her figure does not seem to be the one of a 19-year-old. Well, that’s exactly the reason why the No Time To Die singer prefers to opt for baggy clothes!

Now, in a recent interview with Variety, Billie Eilish has opened up about her struggles with weight. “I think that the people around me were more worried about it than I was, because the reason I used to cut myself was because of my body. To be quite honest with you, I only started wearing baggy clothes because of my body,” she began.

Billie Eilish also revealed that she started starving herself at a point in life. She even began taking weightloss pills which turned out to be a nightmare in itself. The singer continued, “I was, like, starving myself. I remember taking a pill that told me that it would make me lose weight and it only made me pee the bed—when I was 12. It’s just crazy. I can’t even believe, like I—wow. Yeah. I thought that I would be the only one dealing with my hatred for my body, but I guess the internet also hates my body. So that’s great. The internet hates women.”

Well, we’re glad that Billie has finally come to terms with her body and started loving it! There’s a lot of inspiration to take from her. Isn’t it?

Must Read: Miley Cyrus On Doing A Show For Healthcare Workers At Super Bowl Gig: “I Can’t Wait”

Back to Top
Close Add post
X
Harry Potter As A TV Series – From ‘No No No’ To ‘Can’t Wait’, Here’s What Netizens Have To Sa…HollywoodNetizens Have Mixed Responses To Harry Potter Having A TV Series(Pic Credit: IMDb) Our favourite childhood/adulthood book series and movie franchise, …

Billie Eilish Once Peed On The Bed Struggling With Weightloss Pills; Says, "The Internet Also Hates My Body"