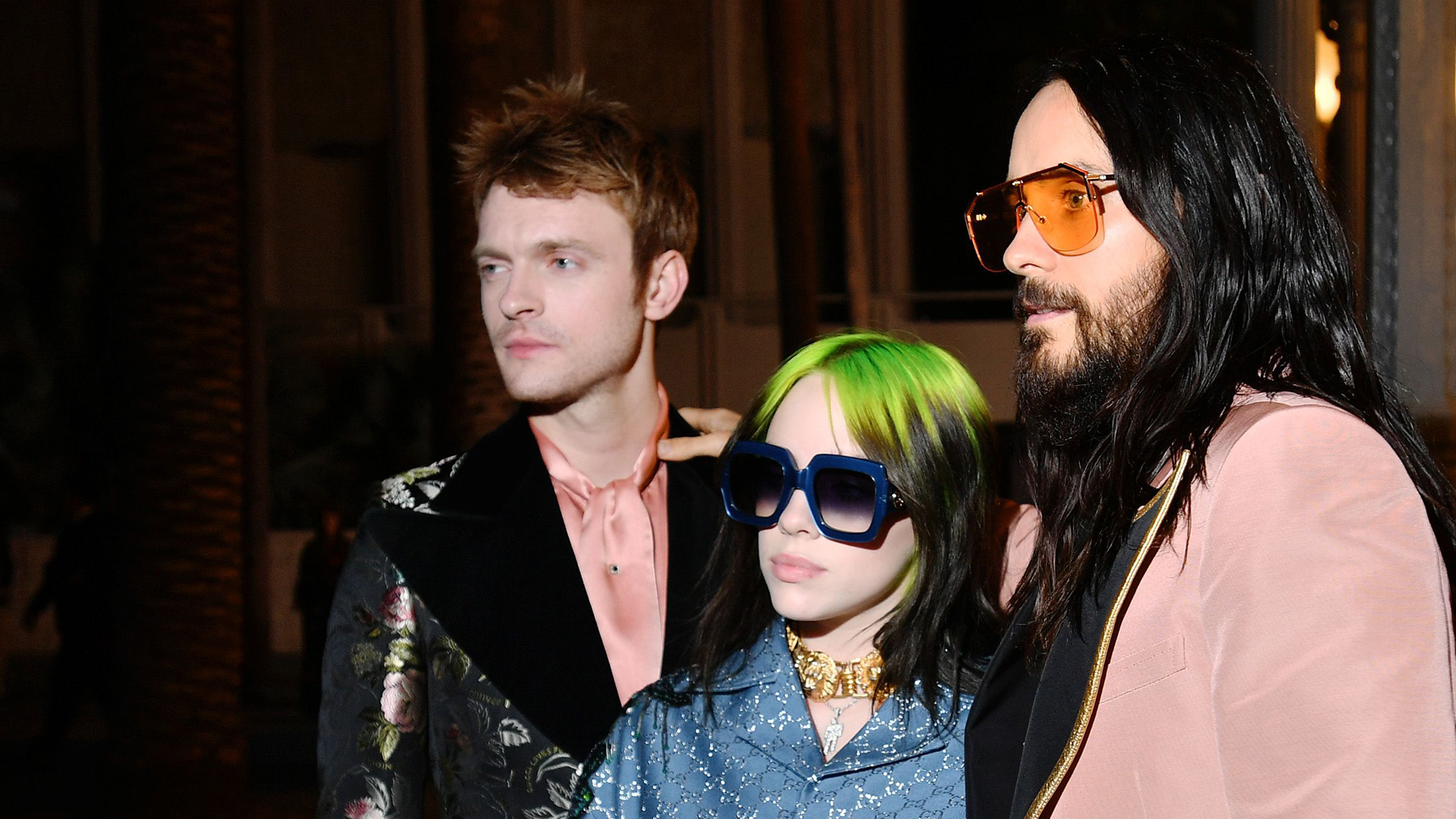 Before she became a mega pop star with multiple Grammy awards on her shelf, Billie Eilish gave a private at-home concert to Oscar-winning actors Jared Leto and Leonardo DiCaprio. No big deal.

On The Late Late Show With James Corden Tuesday night, actor and musician Jared Leto revealed that he low-key discovered Eilish and her brother Finneas before the two became the superstar music duo they are today.

“I met them through Emma Ludbrook and Tom Windish, I believe. They weren’t signed, and I thought that maybe I would try and sign them, they were so incredibly talented and just special people. The music is one thing, but I think they’re just incredibly intelligent, really empathetic, just really good people, and I quite like them a lot,” shared Leto.

Both Eilish and Finneas are nominated for multiple Grammy awards this year, following Eilish’s sweep of the big four awards in 2020. However, Leto still remembers when they were just two up-and-coming musicians with a promising future.

Leto shared, “At one point, they played at my house. I had a little dinner for, like, 12 people and I said, ‘Hey, will you guys come and play a couple of songs?’ and they were, like, ‘Yeah, sure,’ and they showed up with a Guitar Center PA and played the most heartbreakingly beautiful music with, like, you know, it shouldn’t have sounded that good, it was impossible that it sounded that good.”

Leto concluded, stating, “I remember Leo DiCaprio was there and a couple of other people and they were just, like, ‘How did you find these people and, like, who are they?’ Everyone was just jaws on the floor, 12 people max at my place in the hills. Yeah, just great people. I’m huge fans, too.”

The Late Late Show With James Corden airs weeknights at 12:37 a.m. on CBS.

Watch this ‘Bachelor’ contestant being praised for standing up to bullying from other women: