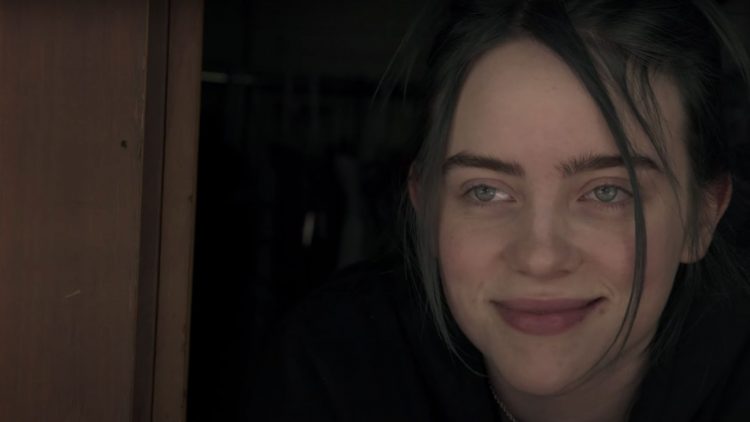 In three days, Billie Eilish turns 19, and yet she’s already become one of the most celebrated artists of her generation. It might be hard to remember a time before her Grammys sweep, before every new song drop was An Event, before she became a veritable auteur crafting her own visual identity.

Luckily, filmmaker R.J. Cutler spent time documenting that very space in Eilish’s life. And the efforts of his time behind the scenes with her — a new doc called Billie Eilish: The World’s a Little Blurry — look to provide those intimate details, the kind you might expect from a global musical sensation who recorded a No. 1 album from her brother’s childhood bedroom.

In the trailer, released today (December 15), we see Eilish pass her driver’s test and look forward to cruising around alone (“That’s what’s important,” she says from behind the wheel). We see her admit to still sleeping in her parents’ bed “because I’m scared of monsters in my room.” And we see her washing her first car/dream car, a Dodge Challenger, in her driveway. That’s all pretty ordinary teenage stuff, with a few details tweaked.

But what makes the footage so compelling is how it’s cut with a clip from a live performance, surely shot from before she was selling out arenas across the globe, where she tells the audience, “You guys need to be OK, ’cause y’all are the reason I’m OK. OK?”

This is all interspersed with clips from Eilish’s youth, as well as her big night at the 2020 Grammys earlier this year, in a tale that promises to tell the entire story of Billie Eilish… so far.

Cutler, the director, has plenty of experience in the realm: He’s helmed docs on subjects as diverse as John Belushi, Dick Cheney, and Vogue magazine. See for yourself what he reveals about Eilish when the film hits theaters and Apple TV+ on February 26.

In the meantime, watch the revealing new trailer above.