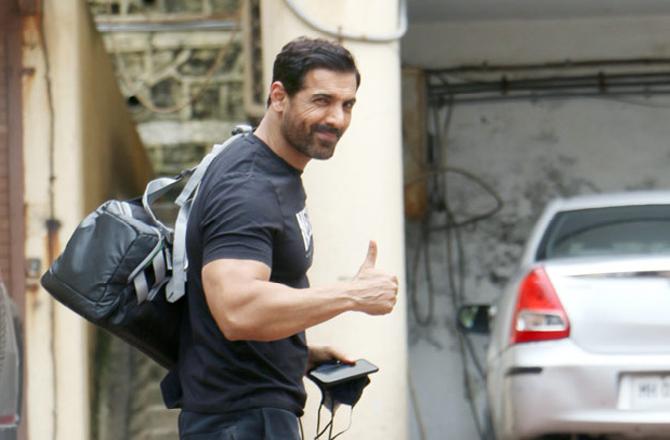 Over the years, after Akshay Kumar and now Vicky Kaushal, the baton is being carried by Abraham. He has starred in some patriotic potboilers that talk about his love and loyalty for the country, and all the action happens for the nation. As the star turns 48, here are some of his most memorable and slick action scenes he has been a part of:

As stated above, most of the action that happened in Dhoom was on the bikes, where one man was chasing the other. The man who was being chased was Abraham, the antagonist of the story and the first thief Jai and Ali encounter and are unable to nab. The actor’s love for bikes was pretty much evident even then, and he treated them the way Shah Rukh Khan usually treats his heroines in his romantic outings- with care and affection.

The climatic battle of Force between two forces (Abraham and Vidyut Jammwal) was both slick and stunning. Breathlessly choreographed and impressively performed by both the actors, with bare and bronzed bodies, the action scene culminated within minutes and it was expected to end soon. Given the actor’s emotions filled with rage and revenge, he barely gave time to Jammwal to retaliate and eliminated him both brutally and beautifully, giving a solid action sequence.

Also Read: John Abraham Named Person Of The Year For 2020 By PETA

Korean cinema has often influenced our filmmakers and Rocky Handome was no less. Directed by Nishikant Kamat, this action-drama sourced its inspiration from the thriller, The Man From Nowhere. Just like Force, the best here was reserved for the last. Keeping true to the title of the original, Abraham’s character lived his life in secrecy and sorrow. It was the last 20-odd minutes where he went all fists-blazing and displayed some impressive traits of effortless action and gorgeous stunts. The film had multiple gunshots and explosions, but there’s no greater joy than to see a man letting his fists do the talking. In this case, his knife too!

Force 2 put John Abraham’s towering physicality to good use. Early on, he lifts a car with his hands as if he were lifting his pillow. During this shot, we see his well-built back and blazing strength. But given how the narrative dealt with the game of cat-and-mouse, there had to be more brain than brawn.

Is there any point in the genre of action where the choreographer or the actor or the director dismisses a scene as too implausible to be laudable? Maybe not. How do you then explain the actor bursting out a tyre with the strength of his hands and biceps? Abraham did make the scene look believable, and we only wait how far his power can go in future.