Home EntertainmentBollywood Birthday Special: Why there’s more to Riteish Deshmukh than his comedy

Birthday Special: Why there’s more to Riteish Deshmukh than his comedy 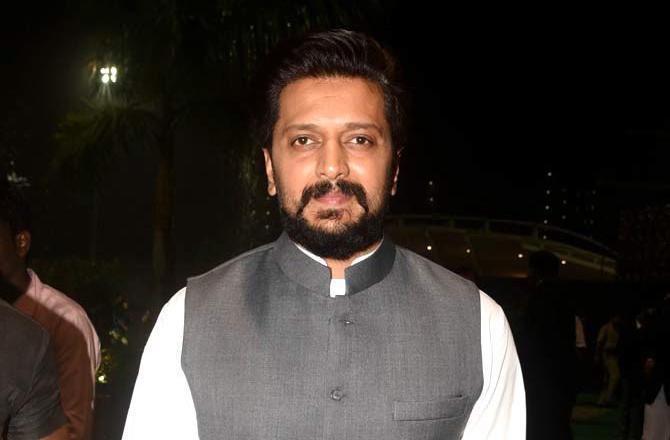 Riteish Deshmukh began his career at the movies with Tujhe Meri Kasam, a romantic drama. It was only after Masti in 2004 that people felt the actor had potential as he displayed an impressive knack for comedy. Be it farcical (The Masti Series) or frivolous (Humshakals), Deshmukh has always been a dependable comic, but there’s a lot more to him than his often smart and often slapstick celluloid deamenaour.

Very early on in his career, he played a film director in Ram Gopal Varma’s Naach. He kept his mannerisms restrained and barely raised his voice, very similar to RGV himself. But the film nearly sank without a trace. But it was evident the actor could pull off other genres too. In Varma’s Rann six years later, he found another character he could play with, and it was that of a journalist out to expose the dark side of journalism. Again, the film vanished as quickly as a news item.

Finally, with Mohit Suri’s Ek Villain, he moved the box-office to his side as he played a sadistic villain who targets helpless girls. This man was helpless himself at home, often the target of his wife’s fury and frustration. The murders are committed not for the hate for his preys but for the anger he has for his wife. It was both bizarre but ultimately a blockbuster result.

For his Marathi fans, he did the action-packed Lai Bhaari, whose ethos was very similar to Akshay Kumar’s Rowdy Rathore. Deshmukh was in his most heroic role yet, cheering up the crowd by chewing up the scenery. It’s a pity more filmmakers haven’t written more such characters for a man capable of so much more than just being funny. Now that’s truly funny!