BizAsia 2021 outlook: Ten films to look forward to this year 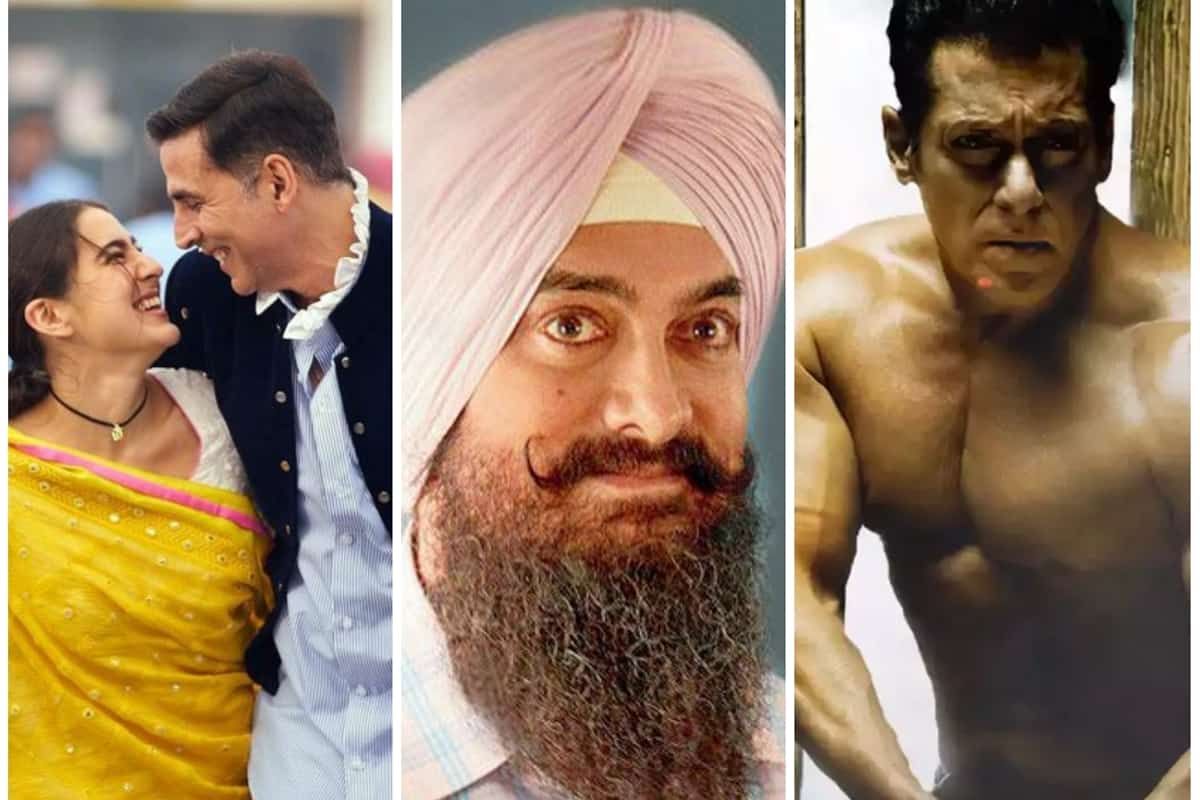 2020 came with a bang and is almost over in the blink of an eye. So much has occurred this year in the world of cinema with fans being left heartbroken after losing many big stars. It truly has been a difficult year for everyone but as the saying goes the show must go on. This coming year promises many films which have been heavily anticipated, some of which have been postponed to when cinemas are safer.

In this feature BizAsiaLive.com will take a look at some of the films heading our way in the new year.

‘Sooryavanshi’
Directed by Rohit Shetty, this police, action drama will see Akshay Kumar and Katrina Kaif reunite after almost a decade which has their fans excited. The duo have worked in at least five films together ranging from romantic dramas to comedies. To see Kaif and Kumar together in a film after so much time, the audience will definitely want to see whether their jodi still has that spark. The film will also star Jackie Shroff, Jaaved Jafferi and have special appearances from Ajay Devgn and Ranveer Singh. The film originally was to release in March 2020 but had to be rescheduled, eyeing a cinema release. The film is now said to be releasing at the beginning of 2021.

‘Satyameva Jayate 2’
2021 will be a year for sequels with John Abraham reprising his role of a man who fights against the system and injustice taking place around him. Abraham was praised for his performance of Virendra Rathod who takes matters into his own hands when he sees corrupt police officers misusing their power. The 2018 film did extremely well at the box office with fans now looking forward to the sequel which is releasing in May 2021.

‘Bunty Aur Babli 2’
‘Bunty Aur Babli’ hit the screens in 2005 leaving audiences around the world asking for more. The performances of both Rani Mukerji and Abhishek Bachchan had people in stitches with their hilarious situations. Not only were they praised for their chemistry but the story, the songs everything about the film became iconic. Amitabh Bachchan starred in the film as a police officer who made it his mission to nab the mischievous duo. Fans were happy to see both father and son appear in the film together even if they were on opposite sides. Also who can forget Aishwarya Rai Bachchan who stole the show with her item number in ‘Kajra Re’. In the new one, Saif Ali Khan will be joining Mukerji and also Siddhant Chaturvedi and Sharvari Wagh are a part of the cast.

Luckily for the fans of the first film they are in for a treat as ‘Bunty Aur Babli 2’ is said to be releasing some time in the new year.

‘Laal Singh Chaddha’
It is said that the fruit of patience is often sweet and in the case of Aamir Khan’s fans let’s hope so. Announcements were made that the Bollywood remake of the 1994 Hollywood film ‘Forrest Gump’ would be made with Khan in the lead. The film would also see Khan reuniting with Kareena Kapoor Khan after much time. A comedy, drama which was supposed to release in time for Christmas in 2020. However it seems that it wasn’t meant to be with the release date being postponed till Christmas 2021. We hope that this is the year where we are finally introduced to Mr Chaddha.

‘83’
It’s going to be cricket madness this year with a film based on the life of the great Indian cricketer Kapil Dev to be released very soon. The story will focus around the time when the Indian National cricket team won the 1983 Cricket World Cup. Ranveer Singh will be taking on the role of the veteran cricketer and what better choice we say as this actor is able to take on any role that comes his way with great passion. Another reason to rejoice is that Singh will be seen with wife Padukone who funnily enough will be playing the role of his wife in the film and the ensemble cast is also something heavily anticipated with names such as Saqib Saleem, Tahir Raj Bhasin and Panjai Tripathi to name a few to be seen making up the 1983 team on screen.

Fans can hopefully catch this film early in the year of 2021, fingers crossed.

‘RRR’
The type of films being made these days have changed as have the actors demands for challenging roles. This Telugu language film will see many big names from various film industries collaborating for the very first time. N T Rao Rama Junior, Ram Charan, Alia Bhatt, Ray Stevenson, Ajay Devgn and many more will be working in this period drama which focuses on the story of India’s freedom fighters. The film will also be dubbed in various languages such as Tamil, Kannada, Hindi and Malayalam. Audiences can look forward to seeing this one very soon in the month of January.

‘Takht’
This film has been the talk of the town because of it’s interesting star cast and the fact that Karan Johar is producing it. Said to be a period drama the audience will get to see the likes of Kareena Kapoor Khan, Ranveer Singh, Bhumi Pednekar, Vicky Kaushal, Anil Kapoor, Janhvi Kapoor and last but not least Alia Bhatt all in one film. With the range of actors one can only imagine what will be created through the vision of Johar. In other words expectations will be high but after ‘Kalank’ (2019) the critics and the audience will have to watch the film before they decide whether it is a masterpiece or not. It has been announced that the film will be releasing around the Christmas period in 2021.

‘Atrangi Re’
Releasing on Valentine’s day this romantic drama will see the likes of Dhanush, Akshay Kumar and Sara Ali Khan come together for this film. Khan will be doing a double role in the film which will be interesting to see if she can pull it off or not. Kumar has often worked alongside Khan’s father Saif Ali Khan but it will be the first time the audience get to see him working with his co star’s daughter. Also there is much excitement to see Dhanush working in Hindi cinema after a long break. Fans of his will be excited to know that he’ll be singing in the film and to the music of none other than the legendary AR Rahman which will be a first for the both of them.

‘Antim – The Final Truth’
With Salman Khan joining hands with his brother-in-law Aayush Sharma on screen, ‘Antim – The Final Truth’ is already one that many will be looking forward to. It’s a remake of ‘Mulshi Pattern’ (2018), a Marathi film and is directed by Mahesh Manjrekar. The first look video of the film which released sees the two men topless and contending with one another.

‘Radhe: Your Most Wanted Bhai’
It looks and is starting to feel like your typical Salman Khan masala film and that’s probably why ‘Radhe: Your Most Wanted Bhai’ is one of the films to be excited about in 2021. Rumour has is that the film could be an Eid release but it’s not known whether that’s confirmed. The Prabhudheva directorial also stars Randeep Hooda, Jackie Shroff and Disha Patani.

These were some of the films that will be releasing in 2021, do stay tuned to BizAsiaLive.com for the latest news and entertainment.