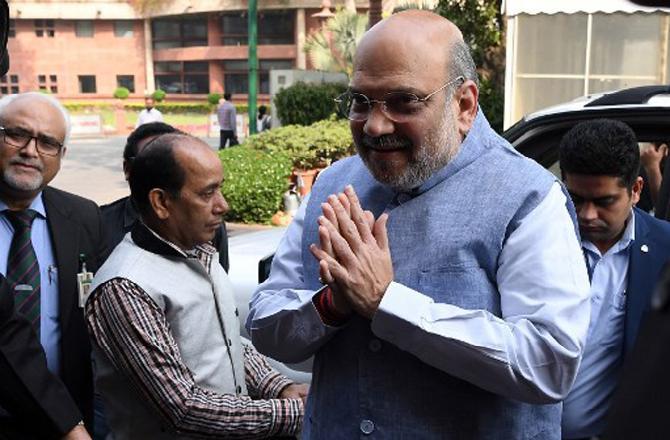 The Bharatiya Janata Party (BJP) on Thursday, in a high-level meeting chaired by Union Home Minister Amit Shah at the party headquarters, has decided to defend the three farm laws strongly through an information campaign and mobilize farmers’ support over it.

It was decided that a campaign should be run to counter the disinformation being spread on the farm laws by the opposition parties and some organisations.

In the campaign, party workers and leaders will explain the benefits of the farm laws to the farmers. When farmers are told the reality about the farm laws, their misconceptions will be addressed.

Sources told IANS, “The party will consider the amendments suggested by the farmers’ organisations but the laws will not be repealed. Prime Minister Narendra Modi wants that an information campaign be initiated to give detailed information about the farm laws to the farmers as well as general public.”

It was also discussed in the meeting that some farmers’ organisations have supported the laws and if they are given right information about the laws more organisations will support them.

A senior BJP leader said, “Many farmers’ organisation have welcomed the new agricultural reforms. The party feels that misinformation about the laws should be countered strongly. We will reach out to the farmers and inform them that the purchase on MSP has increased. Procurement centres have been increased. For the last six years, we have sent double the amount in the accounts of farmers through MSP. Rs 6,000 per year is also been given under Pradhan Mantri Kisan Samman Nidhi (PM-KISAN) scheme. An agricultural infrastructure fund of Rs 1 lakh crore has also been created.”