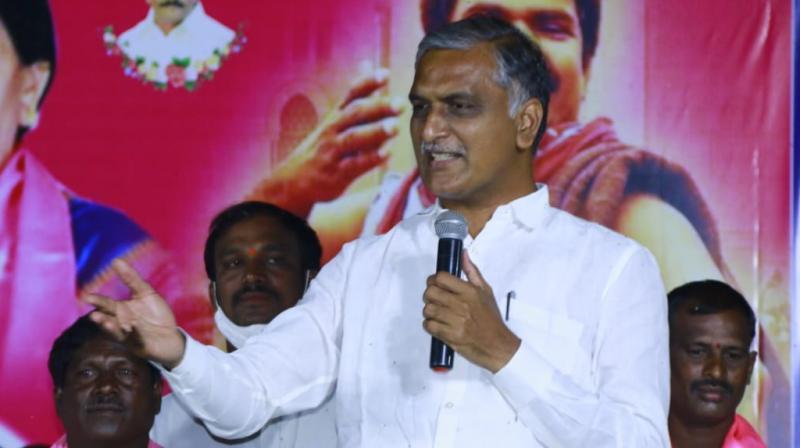 HYDERABAD: Finance Minister T Harish Rao on Monday alleged that the BJP was planning to circulate some old videos to create communal tension in a last-minute bid to lure voters in the GHMC elections.

Addressing a press conference at Patancheru, he said that BJP state leaders have invited Prime Minister Narendra Modi and their national president JP Nadda to impress the voters, but they did not get the desired response.

Stating that the BJP leaders were frustrated at the lukewarm response in Greater Hyderabad, he alleged that they are now planning to circulate false information about TRS leaders. He claimed that he had credible information to this extent.

Reminding that during the by-elections to Dubbak also, the BJP had circulated fake news about Congress candidate Cheruku Srinivas Reddy joining the TRS on the day of polling leading to confusion among voters, he alleged that they were now hatching a similar plan in GHMC elections.

He said that they will not hesitate to circulate the news of Harish Rao joining with the BJP to confuse the voters. Cautioning that the BJP would not even hesitate to use caste and religion, he appealed to the people not to believe such messages and teach a lesson to such people by using their vote as a weapon.