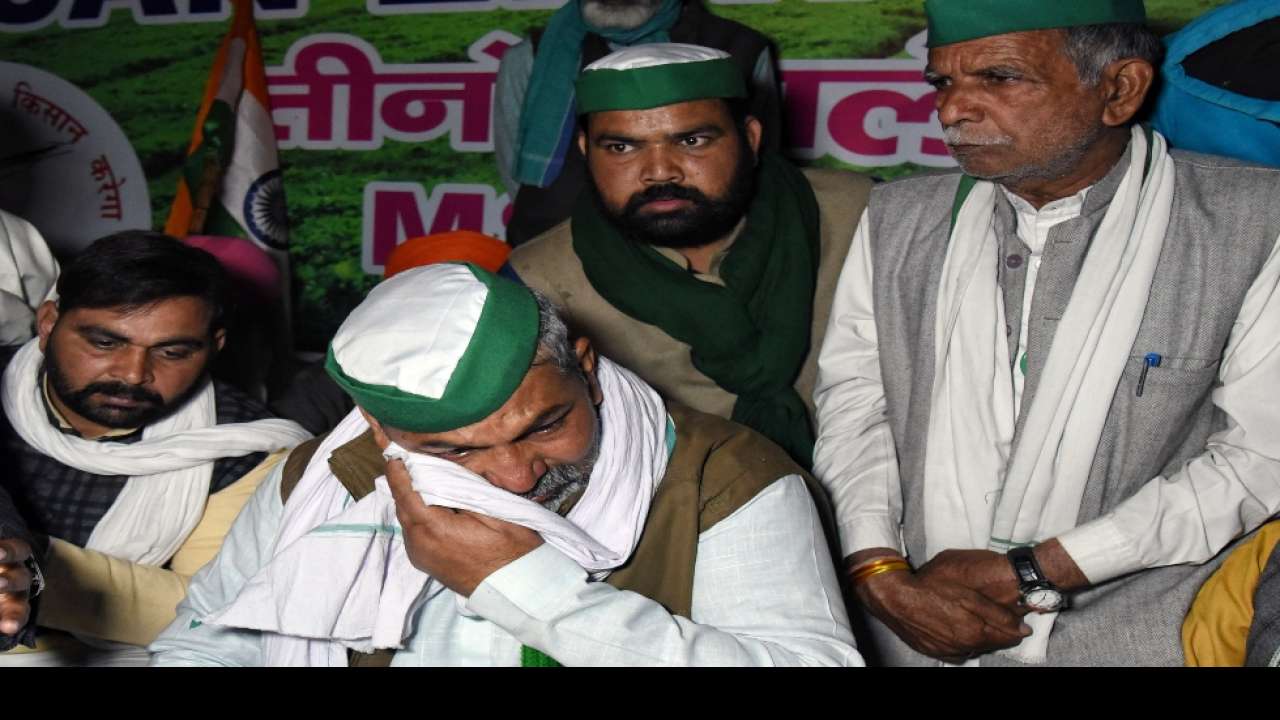 Accusing the Central government of hatching a conspiracy against farmers, Bharatiya Kisan Union (BKU) spokesperson Rakesh Tikait on Thursday said the farmers will not call off their sit-in protest against the agricultural reform laws until they hold discussions with the government. “We will continue our sit-in protest and will not vacate site till talks with the government are held. The administration has removed basic facilities including water and electricity supply. We will get water from our villages,” Tikait told mediapersons here.

Meanwhile, BKU leader and brother of Rakesh Tikait, Naresh Tikait at Uttar Pradesh’s Muzaffarnagar said that the dharna at the Ghazipur (border) will end on Thursday. A notice has also been served to farmers at Ghazipur border under Section 133 of CrPC (conditional order for removal of a nuisance) by Ghaziabad ADM City Shailendra Kumar Singh to vacate the site. Earlier, Delhi Police has issued a notice to Tikait asking him to explain as to why legal action should not be taken against him for breaching the agreement with police regarding the tractor rally on January 26.

The notice also reads, “You are also directed to provide names of the perpetrators of such violent acts belonging to your organisation. You are directed to submit your response within three days.”

Nineteen people have been arrested so far and over 25 criminal cases registered by Delhi Police in connection with the violence that broke out during the farmers’ tractor march on Tuesday, Police Commissioner (CP) SN Shrivastava had said on Wednesday adding that 394 police personnel sustained injuries in the violence and several of them are still admitted to hospitals. Several public and private properties were damaged in acts of vandalism by the protestors.

A total of 22 FIRs have been filed by the Delhi Police with one of them mentioning the incident at ITO where a farmer died after his tractor overturned. Farmers have been protesting on the different borders of the national capital since November 26 last year against the three newly enacted farm laws – Farmers’ Produce Trade and Commerce (Promotion and Facilitation) Act, 2020; the Farmers Empowerment and Protection) Agreement on Price Assurance and farm Services Act 2020 and the Essential Commodities (Amendment) Act, 2020.

RELATED:  Comments Not Accurate or Responsible, Says Govt as Pop Star, Others Tweet in Support of Farmer Protest