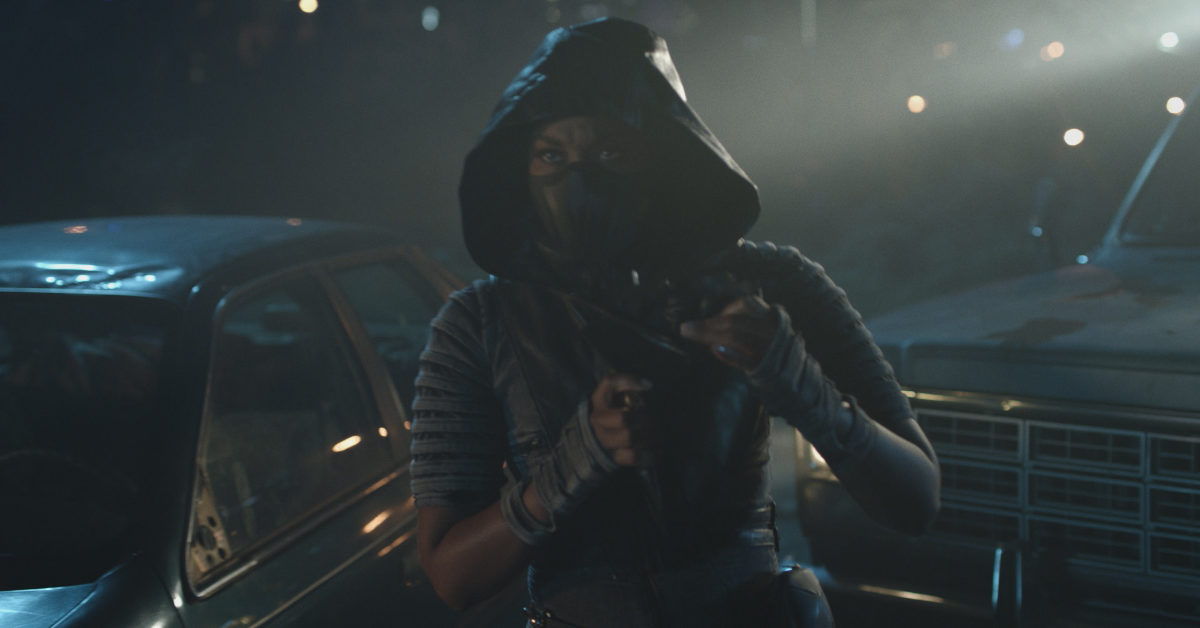 Heading into tonight’s episode of The CW’s Black Lightning, things aren’t getting any easier for Jefferson Pierce (Cress Williams)- unleashing some pent-up rage on some White police officers who were harassing a Black teenager. For Lynn (Christine Adams), it’s about her and Jefferson working through everything they’ve been through- which isn’t easy when Tobias Whale (Marvin Jones III) is financing your research- and acting as if he doesn’t know you (???). The 100 and the Kobra Cartel are escalating their war, increasing Thunder (Nafessa Williams) and Lightning’s (China Anne McClain) patrols- and Lightning possibly paying a fatal price for it. And new Chief of Police Ana Lopez (Melissa De Sousa) no longer has any doubt- Black Lightning’s back.

Now here’s your look at the preview images and episode overview for “The Book of Reconstruction: Chapter Two”;

“When we first started the ‘Black Lighting’ journey, I knew that Jefferson Pierce and his family of powerful Black Women would be a unique addition to the superhero genre,” said executive producer Salim Akil in a statement when news of the series ending was first announced. “The love that Blerds and all comic book fans around the globe have shown this series over the past three seasons proved what we imagined, Black People Want To See Themselves in all their complexities.”

Akil continues, “Thank you to the phenomenal cast, writers, and crew without whom none of this would’ve been possible. I’m incredibly proud of the work we’ve been able to do and the moments we’ve been able to create in bringing DC’s first African-American family of superheroes to life for the culture. I’m very grateful to Peter Roth, Warner Bros. TV, Mark Pedowitz, The CW Network, and Greg Berlanti for their partnership and support of my vision at every step of this journey. While Season Four may be the end of one journey, I’m extremely excited to usher in a new chapter and continued collaboration with The CW as we tell the story of Painkiller.”

In the backdoor pilot for the potential spinoff series, Calloway’s Khalil Payne is a young man riddled with guilt over his troubled past from his former life in Freeland City, where, as a super-enhanced killing machine known as Painkiller, he was both a member of Tobias Whale’s (Marvin Jones III)  gang and a weapon of Agent Odell (Bill Duke) and the shadowy ASA. After attempting to bury the darker, devastatingly lethal Painkiller part of his persona, Khalil has distanced himself away from everyone he knows and loves in a new city, Akashic Valley, in order to find peace- but peace never comes easy for men with pasts like Khalil Payne… or Painkiller. As his violent, destructive history crashes his idyllic new beginning, Khalil is thrust back into action with a new mission: bring justice where he once gave out punishment – but to do that, he will first have to deal with and harness his darker side, Painkiller.

The CW’s Black Lightning and the Painkiller pilot are produced by Berlanti Productions, Akil Productions, and DC Entertainment in association with Warner Bros. Television. Based on characters created for DC by Tony Isabella with Eddy Newell, the Painkiller character first appeared in comic book form in 1995.