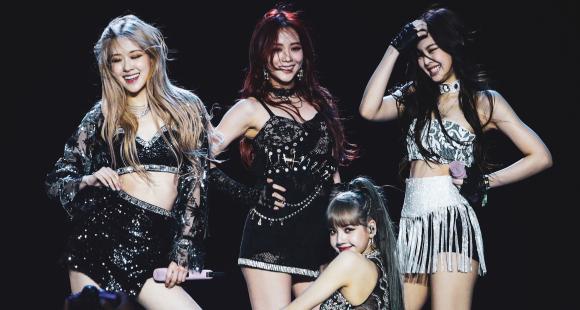 Soompi recently reported back with numbers from BLACKPINK’s first ever virtual live concert The Show. Scroll down to see them.

BLACKPINK earns over USD 10.5 million and 280,000 viewers from their first ever virtual live concert The Show

South Korean all-girl band BLACKPINK recently presented fans aka BLINKS with a virtual concert experience The Show over the weekend and as it turns out, the experience was a great success!  The group’s first online concert brought in over 280,000 viewers (not including China stats) according to Soompi. The YouTube exclusive show, which was broadcasted to attendees for an average ticket price of USD 30-40, equated to about five concerts at a stadium holding 50,000 seats, bringing in a total estimate of USD 10.5 million.

If you haven’t watched it yet, The Show featured performances by the 4 members, performing the group’s biggest hits, including Kill This Love, DDU-DU DDU-DU and Boombayah, as well as solo stages from each of the members, including Rose‘s solo debut with her song, Gone.

If you missed it, Rose was seated on a white swing while she crooned the heartbreaking song. Emotional fans celebrated Rosé”s solo debut and cheered the singer on. While Rosé moved fans with her performance, Lisa took the fandom by surprise when she stepped out to perform Doja Cat’s famous Say So. Adding her own zing to the song, the rapper left everyone talking with her sensual performance.

If that wasn’t enough, fans were taken aback with her rap in Love To Hate Me. Lisa proved she’s one of the best rappers around with the impressive rap set. While Lisa covered Say So, Jisoo left viewers weak on their knees when she stepped out to perform Tove Lo’s hit song Habits (Stay High).