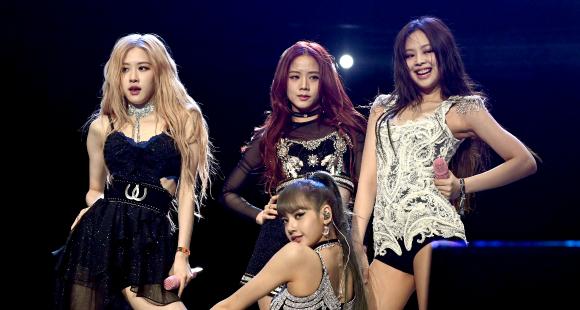 Rosé, Jisoo, Jennie and Lisa set the stage on fire with their incredible performances at BLACKPINK: The Show. Here are a few of the best moments from the online concert.

It was finally the day BLINKS across the world were eagerly waiting for! BLACKPINK members Rosé, Jisoo, Lisa and Jennie brought the house down with BLACKPINK: The Show. The group”s first online concert was nothing less than a treat for BLINKS who’ve been waiting to watch the ladies set the stage on fire for weeks now. While it was expected that the members would perform some of their hit tracks along with songs from their latest release, The Album, fans were also waiting for Rosé’s debut performance on Gone and boy, it was worth the wait!

The singer was seated on a white swing while she crooned the heartbreaking song. Emotional fans celebrated Rosé’s solo debut and cheered the singer on. While Rosé moved fans with her performance, Lisa took the fandom by surprise when she stepped out to perform Doja Cat’s famous Say So. Adding her own zing to the song, the rapper left everyone talking with her sensual performance.

If that wasn’t enough, fans were taken aback with her rap in Love To Hate Me. Lisa proved she’s one of the best rappers around with the impressive rap set. While Lisa covered Say So, Jisoo left viewers weak on their knees when she stepped out to perform Tove Lo’s hit song Habits (Stay High). The singer, who will soon make her acting debut with Snowdrop, seated on one side of the stage, lending her voice via the international song while performers unfolded the tension and drama on the other side of the stage. Like Lisa, Jisoo too added her own elements into the English track.

Jennie too left BLINKS gushing when she performed Solo. She introduced a new rap verse in the song and absolutely owned the stage as she performed the song. The group also came together to perform Pretty Savage and Sour Candy.

Check out a few fan reactions below:

#THESHOWToday
LOVE THE SHOW SO MUCH, but why it feels so fast? My fav part was sour candy stage, LOVE THEIR OUTFITS. And their solo stage is insane, this is too fast, I want to see them more hahahaha. Tbh, I was waiting for ice cream and Bet you wanna  pic.twitter.com/xc6xcxUt0j

She was just sitting, yet she deliver such a powerful performance: her voice, her eyes, her expressions and as always, looking magnificent, breathtakingly beautiful . JISOO, I love you so much#THESHOWToday #BLACKPINK_THESHOW @BLACKPINK pic.twitter.com/iQinFbVzbu

my soul literally left my body the moment i saw her standing on the stage & when the lights went on?! I totally lost it. WHAT THE FUCC LISA. The rap verse and the unexpected dance break…OMFG!! YOUR DIVERSITY ALWAYS AMAZES ME, WHAT A TALENTED WOMAN!! #LISA #THESHOW @BLACKPINK pic.twitter.com/8kw8dS0Shc

This Jennie while performing and rapping her own self-written rap for SOLO. A moment! @BLACKPINK pic.twitter.com/wQGbBSN2Q0

jennie solo stage, i won’t forget it. literally the best thing that happened on the show and I’m really love her outfits  pic.twitter.com/05ArFYhyUB

Our soloist is about to conquer the world

there is no perfect song until rosé sang her solo mama im still crying, i think im not normal anymore.

lisa writing verses for say so, jisoo writing korean lyrics for habits, jennie writing a new rap for solo, and rosé writing the song GONE. #THESHOW just proves that all of them are shining as individuals but it’s always better when it’s the four of them together. @BLACKPINK pic.twitter.com/C9mS84kRau

Thank you my girls for this meaningful concert, it was so fun! I cried a little bit from the performances that haven’t released before to the girls’ solo stages and Rose solo debut aaaaaa congrats @BLACKPINK !!! #THESHOWToday
THANK YOU JISOO,JENNIE,ROSE AND LISA !!
LOVE YOU ALL! pic.twitter.com/zmUyLZP2HL

What did you think of BLACKPINK: The Show? Let us know your thoughts in the comments below.