Home News Bless us so we can build a dream Kerala: Modi tells voters (Ld) 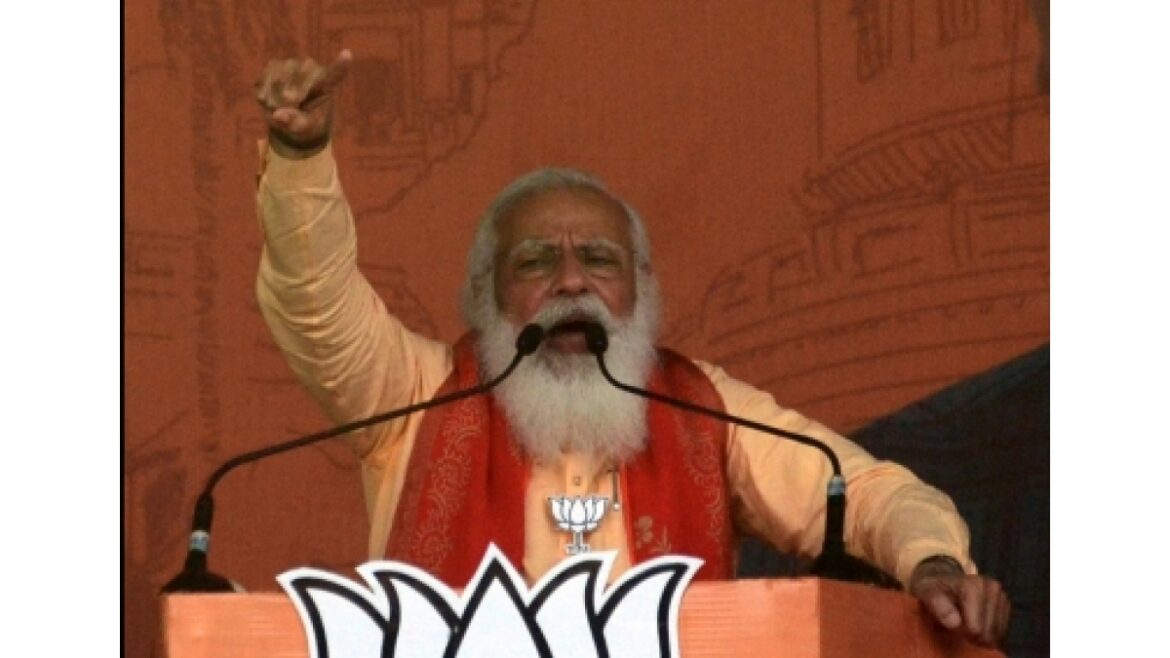 The 140-member Kerala Assembly will go to the polls on April 6, while the results will be declared on May 2.

The BJP had managed to open its account in the southern state for the first time in the previous Assembly polls held in 2016, when it managed to win a single seat.

Earlier in the day, Modi was in Konni near the famed Sabarimala temple, where he took on both the ruling Left and the Congress-led opposition in Kerala, saying that people have had enough with both the outfits, while the BJP is putting forward a development agenda for the state.

In Thiruvananthapuram, Modi went a step further and said that the people of Kerala have given several chances to both the fronts — the LDF and the UDF.

“Next year will mark the 75th year of India’s Independence, and the next 25 years will be crucial for all of us. Please bless the BJP-led NDA so that we can build a dream Kerala that all of you want,” said Modi.

“The Left and the UDF are twins of misgovernance and corruption. In West Bengal, after each election they get closer. So the logical step for them is a merger and they can name the new party ‘CCP’ (Comrade Communist Party),” said Modi.

He then lashed out at the Congress and termed it as a shameless party.

“They sacrifice our hard working professionals on the altar of politics. In the fight between the Congress (I) and the Congress (A) (the two major factions of the party in Kerala), Nambi Narayanan’s (ISRO scientist) career was destroyed (in the ISRO spy scandal case). But it’s not like that for us. After Metroman Sreedharan joined the BJP, he has been an inspiration to many professionals in the country who have joined the BJP,” said Modi.

Taking on the ruling Left in in Kerala, Modi said that under the present regime, there is a total ‘hartal’ on governance.

“They have failed to present any forward looking plan. They do not even use the resources provided by the Centre and all the sectors are lagging behind,” Modi said.

Earlier in Konni, the Prime Minister said that like what happened in the country during the Emergency under Jayaprakash Narayan, a similar situation is now being seen in Kerala.

“People have started to speak against the misgovernance and tyranny and a message is being sent out to those in power. Kerala is now seeing a large number of respected professionals coming to the BJP, just like Metroman Sreedharan, and this time it’s going to be the BJP-led NDA,” Modi said.

After his arrival in Konni, the Prime Minister was greeted by a large gathering of BJP supporters.

Slamming the traditional rival fronts, Modi said that over the years, these fronts have committed seven sins.

“The sins include false pride and arrogance and they feel they can never be defeated and hence they behave with arrogance. The second sin is both are greedy and we have seen solar, dollar, gold, land and bar scams, and over the years both these fronts have looted the state,” Modi said.

“I fail to understand which government will use lathis against the devotees and this shows their anger towards their own people. The rival fronts are jealous of each other and they suffer from competitive corruption. Each of them try to beat the other in corruption, and all they want is to make money. They have lust for power and for that they will join hands with the communal and criminal forces,” Modi added.

“The next sin is, both promote dynastic politics. Everybody knows what a Left leader’s son is doing, but I am not naming as all know who it is. Then there is laziness in work, but when it comes to making money, there are no issues and as a result, the governance is paralysed in Kerala,” Modi said.

The Prime Minister said the BJP-led NDA government has always been considerate to Kerala and in the latest Union Budget, an extensive highway plan worth Rs 65,000 crore for 1100 km of road, besides Phase 2 of Kochi Metro and a fishing harbour at Kochi, has been announced.

Modi also said that the BJP-led NDA has worked for a FAST development programme for Kerala and to implement that, all should vote for the BJP this time.