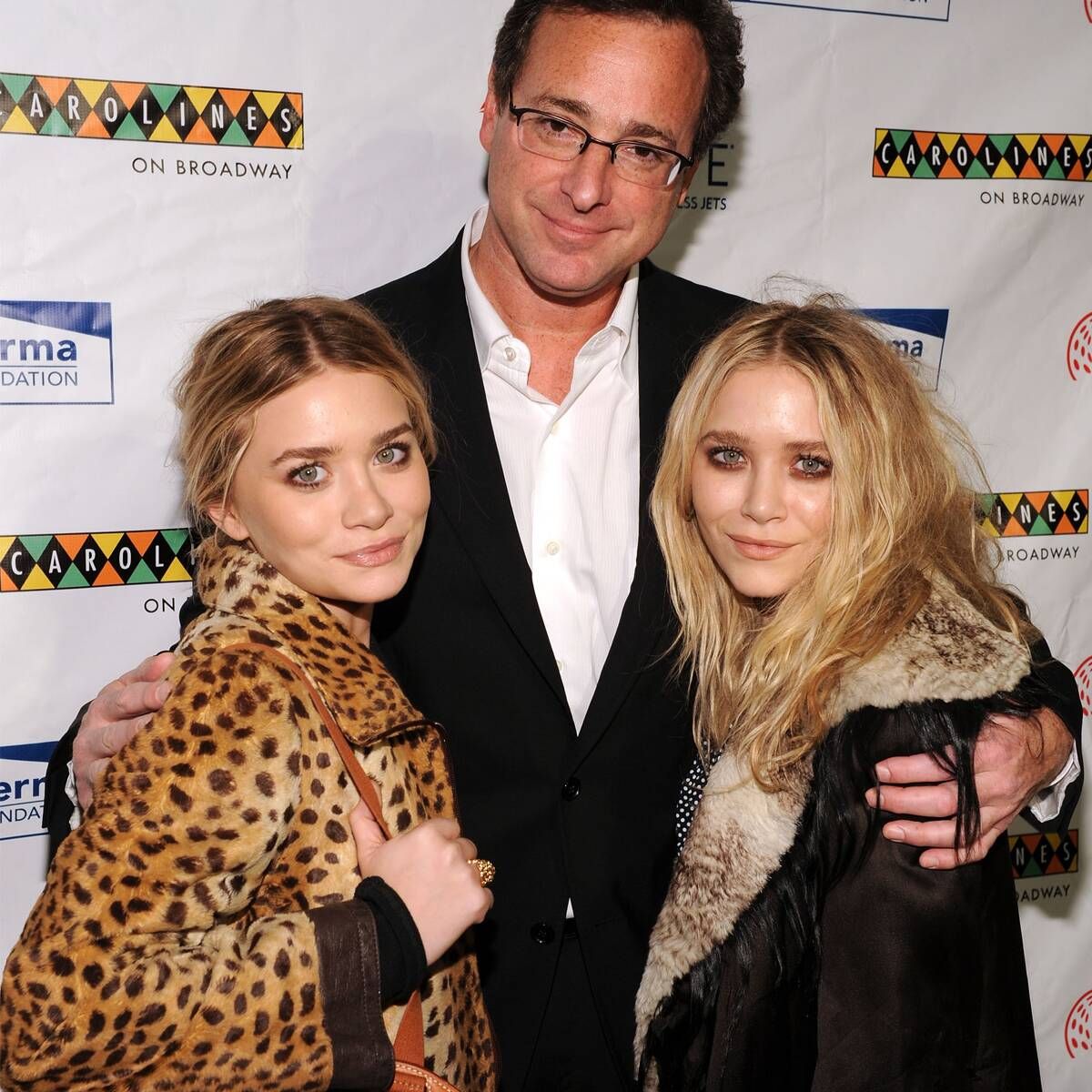 Once a Tanner, always a Tanner.

More than 25 years have passed since Bob Saget last played Mary-Kate and Ashley Olsen‘s father in the beloved ABC sitcom Full House, but he says they’re just as close these days–if not closer than they were during the twins’ meteoric rise to child stardom.

In an exclusive sneak peek from the actor’s Inside of You With Michael Rosenbaum podcast interview, Bob discusses his bond with the girls of Full House, Candace Cameron Bure, Jodie Sweetin and the Olsens.

“Between Candace, Jody and the Olsen twins, which of the kids did you get along with best?” he’s asked, to which the star responds, “Whoever I was with at the moment, just like my own kids.”

“I’m very close with Candace, always was since we did the pilot,” the comedian continues. “Jodie used to sleep over at my house and play with my daughter Aubrey, my oldest.”

As for M.K. and Ash, who didn’t sign on for the Netflix reboot Fuller House, Bob simply adores the fashion moguls.

“Ashley and Mary-Kate,” he says, “I love so much. When I’m in New York or when they’re here, when we can, we see each other.”

While Bob admits “there’s no favorite” among his TV daughters, he maintains a unique bond with each that’s evolved over the years.

“They’re all friends, it’s not like they’re kids,” he explains. “But Jodie was probably more like a kid to me. Ashley and Mary-Kate are more like friends because I kind of got the whole thing of everything they’re about. Candace is a friend. They’ve all been there for me in a big way when I’ve gone through hard stuff.”

Another member of the Full House family whose personal turmoil dominated headlines over the past two years? Lori Loughlin, who spent nearly two months in federal prison for her role in the college admissions scandal.

Lori’s co-stars have remained unwavering in their support for the actress following her 2019 arrest, and Bob is no different.

“I love her,” he says. “I’ve been asked [about] it a lot. I’ve gotten whittled down. I just love her. I don’t know, I’d like to see a lot of other people doing time. We’re in such a place where no matter what I say I’m screwed, and I just love her. That’s where I am on that.”

Hear more from Bob when the latest episode of Inside of You With Michael Rosenbaum drops Tuesday, Feb. 9.

On Inside of You, stars like Zach Braff, Stephen Amell and Dax Shepard join host and Smallville alum Michael Rosenbaum for personal and candid conversations.