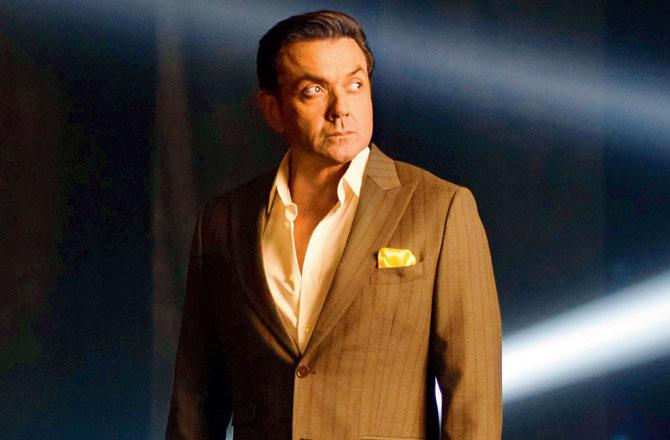 After Shraddha Kapoor, Govinda, Rajkummar Rao and Riteish Deshmukh, Bobby Deol has been roped in as a mascot for the Indian Pro Music League. On Monday, Deol shot for the teaser of the upcoming television show at Film City, Goregaon. Several singers, including Mika Singh, Shaan, Javed Ali and Shilpa Rao, are also part of the show, which will have teams from different parts of India battling it out for the trophy.

On the work front, Bobby Deol stunned his fans with his stint in Aashram, a dystopic digital drama. He is all set to broaden his horizon by playing a negative role with its second season. The character played by Bobby, Kashipur Waale Baba Nirala will have a bigger, bolder and stronger return as the uncrowned king of his own kingdom. Bending every rule to suit himself, this edition will see him as a man so dark and vile, preying on the innocent in the name of faith.

Also Read: Bobby Deol: Relied on alcohol when I was out of work; my kids asked why am I not going to work

The audience was taken aback by Bobby Deol’s serene and calm Baba avatar in the first part of the series will be in for a shock with his demonic persona in Chapter 2. Babaji’s insatiable greed for power, money and lust sees him use the façade of the Aashram to conduct illegal activities, trading the trust of his vulnerable followers to grow his own political clout, smuggling drugs and exploiting the women whom he promised solace and his protection.

Also Read: Bobby Deol: My brother didn’t shoot for his own movies for a whole year while supervising Barsaat