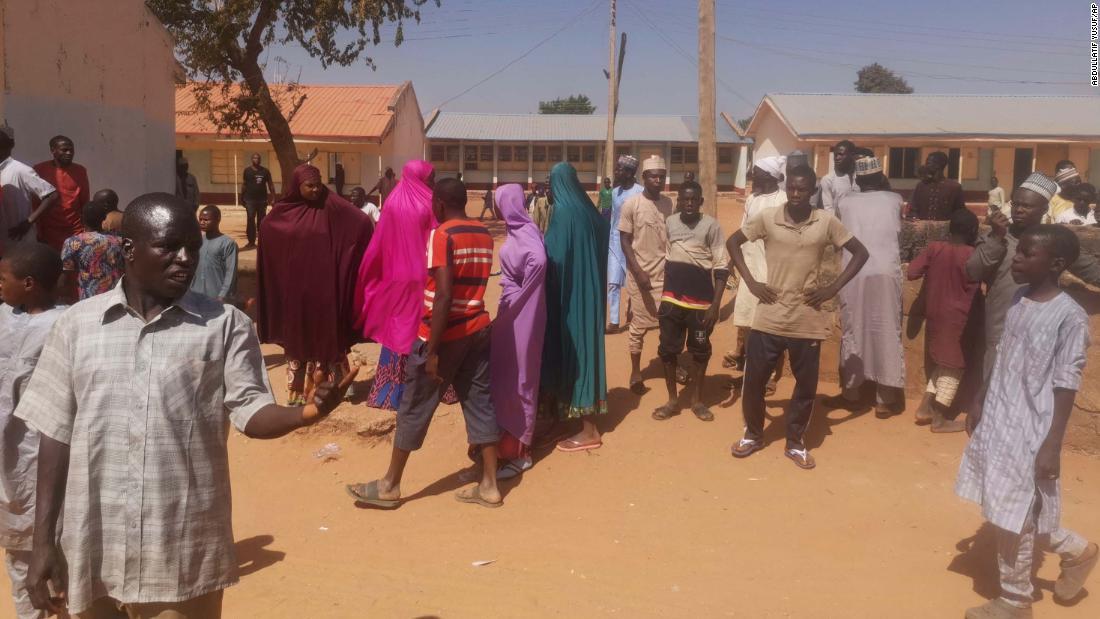 “I am Abubakar Shekau and our brothers are behind the kidnapping in Katsina,” said the man in the recording. Shekau is the leader of one of Boko Haram’s factions.

CNN was unable to independently verify the authenticity of the message.

The message claimed that Boko Haram had targeted the school because of the group’s long-held aim to stop “western” education in northern Nigeria, but a government official told CNN on Monday that the kidnappers had been in touch with a teacher of the school, raising the prospect of a ransom negotiation.

There have been varying estimates of the number of children kidnapped from the school. Government officials said it was difficult to accurately track the numbers, as some children ran away during the attack and others had escaped and made their way back to villages and to the school through the weekend.

“Schools should be a place of safety and learning but for these boys and their families, it has turned into a nightmare,” said Shannon Ward, Save the Children’s acting country director in Nigeria, in a statement on Monday. “This could have a deep impact on children — not only the boys who were taken, but also the ones who had to flee and hide from gun violence or those who saw what happened.”

The kidnapping is outside Boko Haram’s usual area of activity. Their operations have generally focused in the northeast of the country, though security analysts believe that their reach has shifted, after a security crackdown in that region.

There have been multiple kidnappings for ransom in Katsina State in recent years, but not on this scale.

Several witnesses told CNN that those who targeted the school were Fulani gunmen, an ethnic group that has been involved in kidnappings and criminal activities in the area.

Shekau’s faction of Boko Haram was behind the 2014 kidnapping of nearly 300 schoolgirls in Chibok. Their captivity lasted years and many of the children were never returned after a negotiated release.

In 2018, a breakaway faction of Boko Haram known as ISWAP kidnapped more than 100 girls in Dapchi. All but one was released weeks later, after negotiations.

While these are the most high-profile examples, Boko Haram has abducted well in excess of 1,000 children since 2013, according to UNICEF.

The United Nations strongly condemned the abductions on Sunday, and called for the “immediate and unconditional release” of the children.