Home EntertainmentBollywood Bollywood in 2020: The good, the bad and the ugly 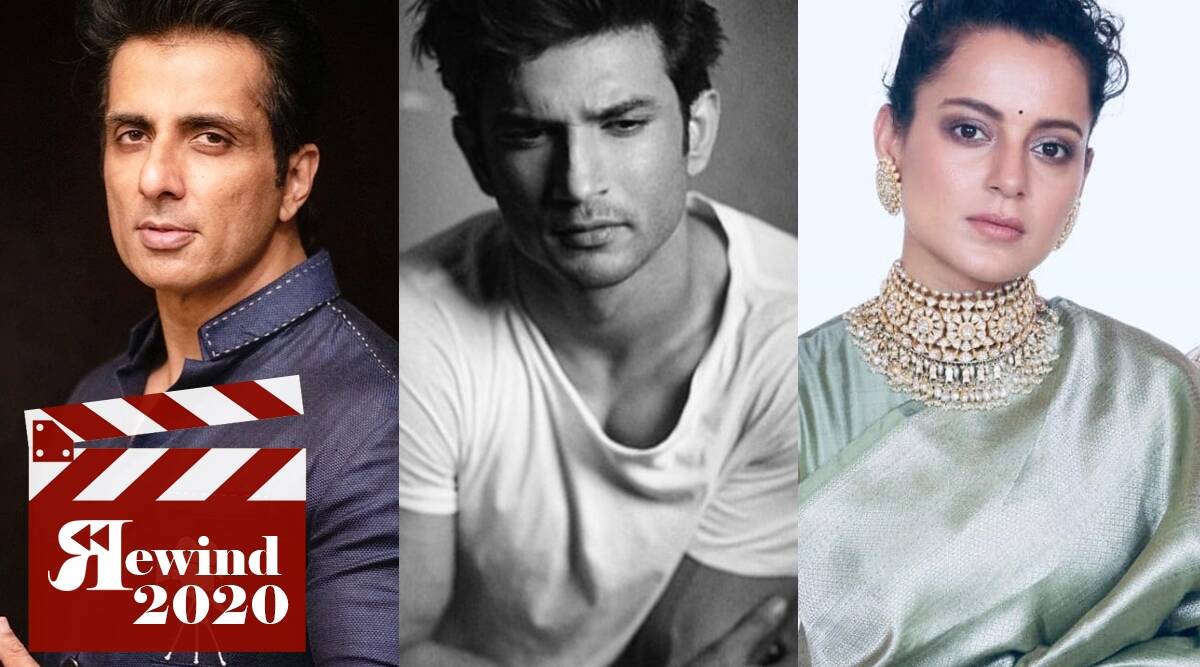 2020 has been equally harsh and oppressive on the entertainment world. (Photos: Sonu Sood/Instagram, Sushant Singh Rajput/Facebook and Kangana Ranaut/Facebook)

We know everyone wants this jinxed year to just end. People who have spent months hunkering down in lockdown are counting days for the 31st. Simply so they can whoopee their way into 2021 believing that the worst is over. For the world and India at large, 2020 was an unwelcome visitor. Australian bushfires, Covid-19 deaths, economic woes, Kerala and Karachi plane crashes, cyclone Amphan, Beirut blast, locust swarms, George Floyd, Indo-China border skirmishes, migrant crisis, Punjab farmer’s protests — it was truly a year of horror. The Worst Year of Our Lives. (Sorry, William Wyler).

Compared to these cataclysmic events, happenings in Bollywood read like trivial crumbs. Yet, 2020 has been equally harsh and oppressive on the entertainment world. An unusual year in that much happened off-screen. Sushant Singh Rajput’s tragic suicide, for example, brought a lump to audiences. A media circus erupted on nightly newshour and social media to get him justice. Conspiracy theorists claimed Bollywood had killed Rajput, while Bollywood screamed it was being victimised. “It’s a dirty picture,” cried one online headline. And as the story developed and newer details emerged, the media, politicians and public were in a free fall, scrambling to advance their own speculations. Dil Bechara, dubbed SSR’s swan song, released posthumously at a time when sentiments were palpably running high. It passed between his devoted fan base as an act of remembrance. The movie’s The Fault in Our Stars theme paired with the real-life tragedy of its leading man’s suicide turned an average tearjerker into an epic requiem.

The year had, in fact, kicked off swimmingly for Rajput as well as for Hindi films in general. Ajay Devgn inaugurated the season of hits with his historical Tanhaji: The Unsung Warrior while Ayushmann Khurrana, Gajrao Rao and Neena Gupta offered some laughs mixed with social message in the same-sex comedy Shubh Mangal Zyada Saavdhan. And then, the fearsome corona struck, and the world was never the same again. ‘New normal’ was coined to reassure us, but deep down, everyone knew it was just a euphemism for ‘This crushing isolation will kill us before corona does.’ As curtains draw on 2020, we look back to give you a quick recap of all the good, bad and ugly things that afflicted Bollywood this year, while seriously wishing 2021 starts on a good note. We all need a bit of cheering and morale-boosting. See you on the other side. 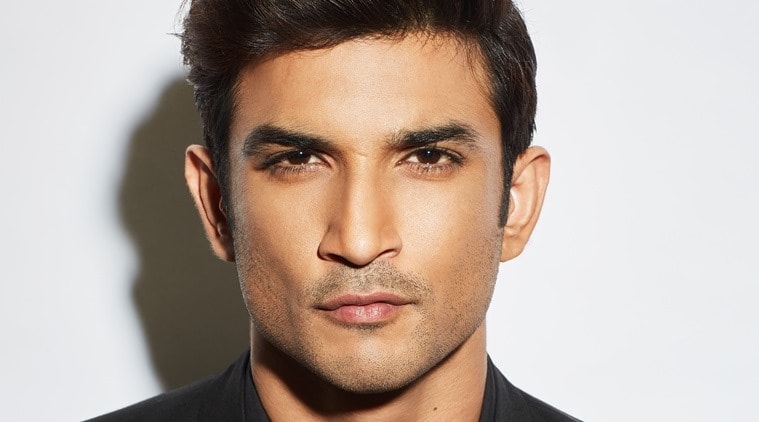 The Kai Po Che! star’s suicide on June 14 devasted fans. A news that took everyone by surprise, because Rajput, only 34, had a really promising career ahead of him. But as the frenzy grew around his mysterious death, the case quickly turned into a national obsession. Was he bipolar? Did he have chequered relationship with his family? Was his girlfriend Rhea Chakraborty a gold digger? Even as the poor Chakraborty became a victim of a witch-hunt, SSR cheerleaders kept pushing for justice. Sitting on the fence, the media and public milked every opportunity to quench their insatiable thirst for real-life soap opera. ‘Live’ with no commercial breaks.

Bollywood is More Stoned Than ‘the Dude’

Nobody had seen this coming. Except Kangana Ranaut. As SSR fans know, Kangana was one of the first high-profile names to have jumped into the saga. She had big plans for SSR’s redemption. In September, the death probe took an unexpected turn when Rhea Chakraborty was arrested by the NCB in connection with a drug nexus. Was there a drug angle in the Rajput suicide? Is Bollywood more stoned than ‘the Dude’? One Kangana tweet claimed, “Most popular drug in the film industry is cocaine, it is used in almost all house parties it’s very expensive but in the beginning when you go to the houses of high and mighty it’s given free, MDMA crystals are mixed in water and at times passed on to you without your knowledge.” Deepika Padukone, Sara Ali Khan and Shraddha Kapoor were summoned while comedian Bharti Singh was arrested. A month after her arrest, Chakraborty was granted bail. 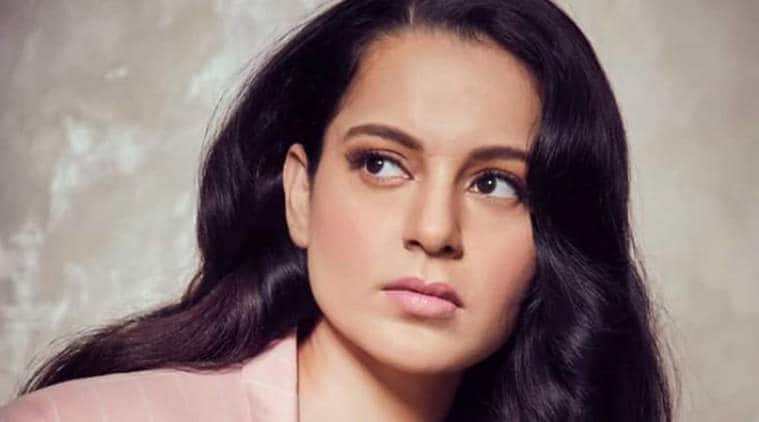 First, the Queen of controversy was a nepotism scourge, taking panga with Karan Johar, Javed Akhtar, Kareena Kapoor and Aamir Khan. She hit out at Ranbir Kapoor (“skirt chaser”) and fired an open letter to Saif Ali Khan. She hasn’t spared even journalists. Sushant Singh Rajput’s suicide, PM Narendra Modi’s bhakti and the “nationalism card” has given Kangana enough ammunition this year to grab eyeballs. Taking a dig at her, Anurag Kashyap had tweeted (September 17), “Sister, you alone are Manikarnika. Take four to five people with you and go take on China.” Forget China. A new drama was brewing no further than in tiny Bandra. In a throwback to classic Khairnar era anarchy, the BMC demolished Kangana’s office while she was away from the city. In a rap to the BMC, the Bombay High Court ruled in her favour granting her compensation for damages. Before year-end, her public spat with Diljit Dosanjh over farmer’s protest kept social media abuzz. But Dosanjh’s panache and word-for-word riposte (his “bat dimaag, batmeez” against her “Karan Johar ke paltu, chamche and dumbo”) to Kangana’s condescending and insulting tweets with no proven substance won the day for him.

Kangana was one of the few Hindi film stars to have enjoyed a big screen appearance this year. Panga released in January. Come March and Covid-19 had roared into our lives, triggering some major disruptions to our routine. This includes the mandatory theatre visits. Covid brought the box-office to a standstill. Major shootings stood cancelled. Big and small films alike became casualties. Aamir Khan’s much-awaited Laal Singh Chaddha got stuck while Ranveer Singh-Deepika Padukone’s 83 and Akshay Kumar-led Sooryavanshi were pushed to next year. Reports pegged the losses at close to Rs 3,000 crore. Diwali, Eid, Independence Day, Christmas and all big holidays came and went with big stars who usually headline the holiday and summer blockbusters (Amitabh Bachchan, Akshay Kumar, the Khans, Ranveer Singh, Ranbir Kapoor, Deepika Padukone, Ranveer Singh) locking themselves up in their farmhouses and high-rise sanctuaries waiting for the storm to pass. 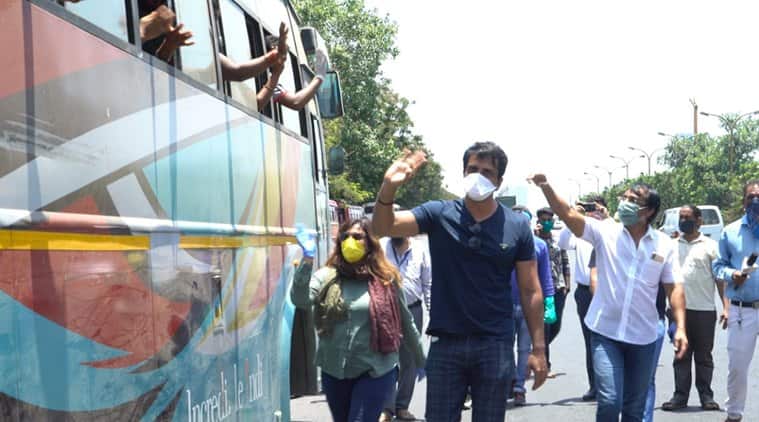 Sonu Sood stole our hearts for generously sending help and hope during the migrant workers’ crisis in the wake of the nationwide lockdown.

But not Sonu Sood, it would seem. The actor showed the world that what Akshay Kumar did in Airlift was very much possible off-screen too. Bollywood is charity-friendly, but even by its standards, Sonu Sood’s deeds are Homeric. Dubbed a migrant messiah, he stole our hearts for generously sending help and hope during the migrant workers’ crisis in the wake of the nationwide lockdown. Screen baddie but real-life hero, his efforts saw him arrange special flights and busses to ensure those stranded due to economic shutdown reached their villages and hometowns safely. International passengers, including students desperate to get home, were also put on chartered planes to facilitate their return to India. Suddenly, Sonu was the biggest saviour and good Samaritan in town. Today, he’s a meme magnet. There’s an SS joke for anyone (damsels included) waiting to be rescued. One man even reached out to Sood to be reunited with his sweetheart. During the Indo-China border conflict, a well-known columnist suggested, “Send Sonu Sood to Ladakh to send Chinese back home safely.” When Sanjay Gupta showed interest in buying rights to the Dabangg actor’s life for a biopic, Twitteratis joked, “Akshay Kumar will play Sonu Sood.” Expect Airlift II to drop on an OTT platform soon.

Speaking of OTT, well, it has emerged as one of the biggest players this year. In the Covid world, staying at home has meant spending hours in front of your TV binging on your favourite web series or an exciting new film. Besides a solid line-up of shows (from feel-good themes like The Fabulous Lives of Bollywood Wives to period dramas like A Suitable Boy or crime epics such as Mirzapur II and Paatal Lok) Netflix, Amazon Prime, Disney Plus Hotstar, SonyLiv, ZEE5 and Voot are in a streaming war to acquire more and better film catalogue. Traditionally, in India, TV is seen as cinema’s poor cousin. But Amitabh Bachchan changed that perception with the history-making Kaun Banega Crorepati. It was only a matter of time before the versatile Big B would grab a similar leap of faith on OTT. Earlier this year, Shoojit Sircar’s Gulabo Sitabo set the tone when it dropped on Amazon Prime Video. Streaming in 200+ countries, Bachchan beamed, “Honoured to be part of yet another change.” More films followed that and made OTT their home: Janhvi Kapoor’s Gunjan Saxena: The Kargil Girl, Sudhir Mishra’s Serious Man, Akshay Kumar’s Laxmii and Anurag Basu’s Ludo. As more filmmakers turn to OTT, expect the content race to clock top speed in 2021. 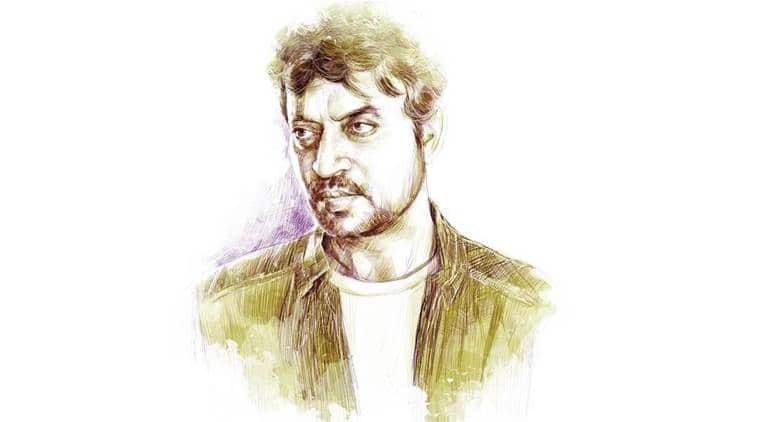 Irrfan Khan passed away on April 29.

Amitabh Bachchan’s comic brio in Gulabo Sitabo astounded audiences. But he ended up attracting more spotlight in August when he went viral (pun unintended) for entirely different reasons. Along with son Abhishek, daughter-in-law Aishwarya and granddaughter Aaradhya, India’s biggest megastar had tested positive for coronavirus sparking countrywide concerns for his health. However, the 77-year-old beat the deadly virus, and went back to being at the top of his game. But Irrfan Khan (53) and Rishi Kapoor (67) were not so lucky. Both died battling ill-health — in Kapoor’s case, it was cancer whereas Khan was diagnosed with neuroendocrine tumour. One was among India’s most respected actors while the other a highly beloved Bollywood heartthrob who was bouncing back big time in recent years. Agneepath, Kapoor & Sons, 102 Not Out, Mulk, the barrage of marvelously natural performances are endless. This back-to-back loss to Hindi movies sent millions into mourning. And one from which they may never fully recover.