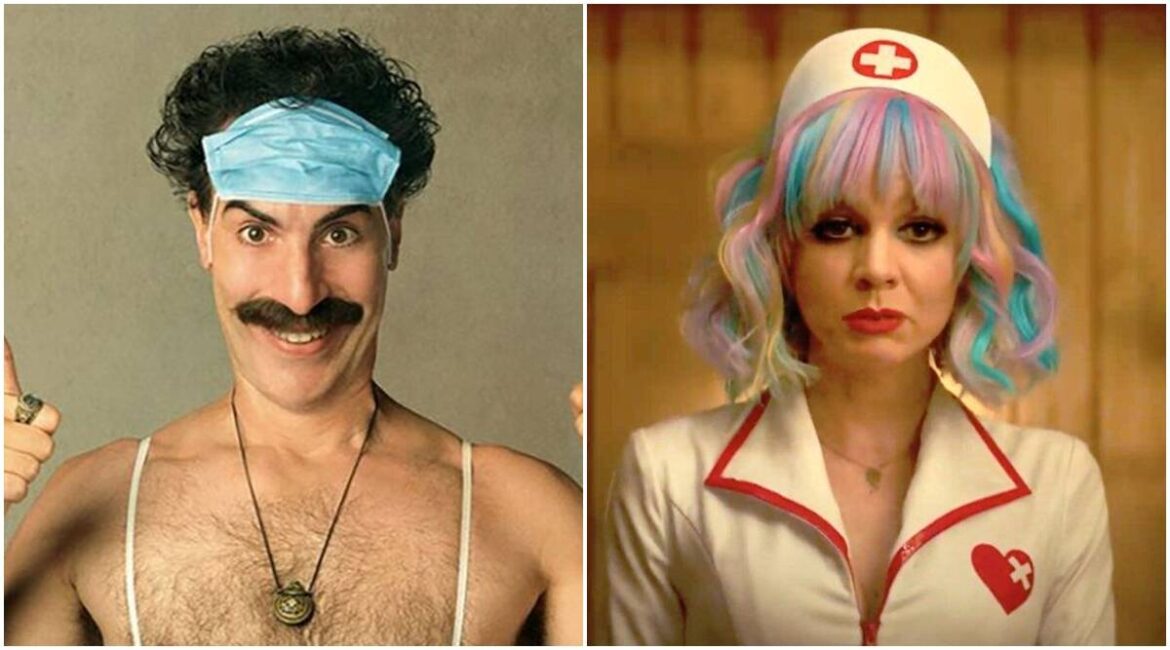 Sacha Baron Cohen’s Borat Subsequent Moviefilm was partly improvised and scripted by nine writers, but it still walked away Sunday night with one of the Writers Guild Awards’ top honors, best adapted screenplay.

At the guild’s virtual, pre-recorded 73rd annual awards, the biggest winners were a pair of awards-season dark horses. Best original screenplay went to the script for the feminist revenge thriller Promising Young Woman, by writer-director Emerald Fennell. The film, which is nominated for five Oscars including best picture, triumphed over Aaron Sorkin’s The Trial of the Chicago 7, along with Sound of Metal, Judas and the Black Messiah and Palm Springs.

The Borat sequel win came over Ma Rainey’s Black Bottom, News of the World, One Night in Miami and The White Tiger. Due to guild regulations, several of this year’s best-picture nominees at the Academy Awards weren’t nominated, including Mank, Nomadland, Minari and The Father.

Baron Cohen and his fellow eight credited writers for the film’s screenplay and story accepted the award by Zoom.

“Thank you for this incredible award, though I can’t help thinking we won it because 60 per cent of the Writers Guild worked on this movie,” said Baron Cohen. “A film like this is extremely hard to write partly because it stars real people whose behavior is completely unpredictable. Well, apart from Rudy Giuliani who did everything we hoped for.”

Kal Penn hosted the show, streamed privately for invitees, from his living room. He began dressed in a tuxedo and ended in his pajamas.

Best documentary screenplay went to the Jamal Khashoggi documentary The Dissident, written by director Bryan Fogel and Mark Monroe. The film, which streaming services were too timid to acquire, Fogel has argued, missed out on an Oscar nomination.

The guild’s awards came after the conclusion of a two-year battle with talent agencies over potential conflicts of interest as representatives of film and TV writers. Last month, WME became the final big agency to sign the guild’s agreement over an industry practice known as “packaging.”

“Our agency campaign has made us true partners again with our agency representatives,” said David Goodman, president of the WGA West.