Home General Boris Johnson Delivered on Brexit. It May Not Soothe His Unruly Party.

Boris Johnson Delivered on Brexit. It May Not Soothe His Unruly Party. 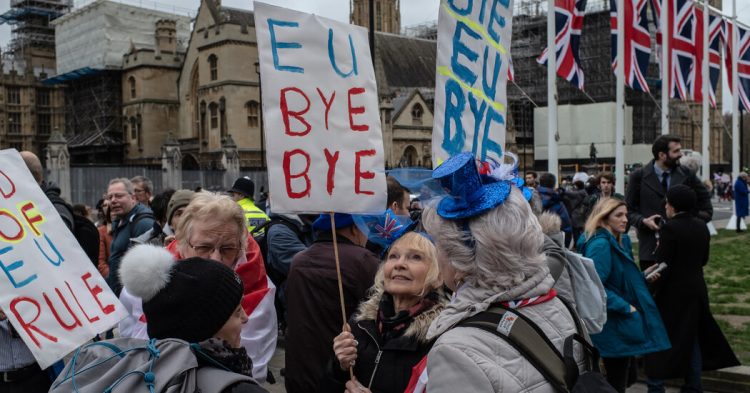 LONDON — An “exceptional victory,” the result of “fantastic work” and a deal that “delivered” for the British people.

Even before the text of the post-Brexit trade agreement was published, lawmakers loyal to Prime Minister Boris Johnson lavished praise on him for resolving an issue that has convulsed British politics for almost half a decade.

When Parliament convenes next week to ratify the document, the question will only be the size of Mr. Johnson’s majority for a deal that severs close economic ties to continental Europe on Jan. 1 after almost 50 years. Even the opposition Labour Party will officially support it, arguing that it is better than nothing.

Yet this is unlikely to be the final word in the Conservative bloodletting over Europe that has, at least in part, led to the downfall of the party’s last four prime ministers.

Hard-line Brexit supporters have yet to examine the agreement, and they probably will not like every word of an estimated 2,000 pages of dense treaty text and annexes. A small group did not want any trade deal at all, never really trusted Mr. Johnson and might still be inclined to make trouble for him.

Already, an organization representing British trawler fleets has expressed disappointment at compromises over fishing rights, and the Scottish government has attacked the deal, arguing it strengthens the case for Scotland’s independence.

“In the short term, the Tory Party is pretty united around the very hard Brexit that Boris Johnson pushed Britain toward but which many Britons never thought they were voting for,” said Charles Grant, director of the Center for European Reform, a research institute.

“In the longer term, the rift may reopen,” he said, adding that pressure might grow once the deal’s limitations become clear.

But what is clear is that the Brexit debate has poisoned the workings of the Conservative Party, which had long been known for a pragmatic and successful pursuit of power rather than an adherence to political doctrine.

Now, despite achieving his aim of getting “Brexit done,” Mr. Johnson cannot assume that the divisions are over.

“Europe has turned the Conservatives into an ideological party, and it has basically got in the way of Conservative governments governing,” Mr. Menon said.

Others have tried and failed to end this internecine feud, including David Cameron, Mr. Johnson’s predecessor but one — and rival from Britain’s most famous school, Eton College, and Oxford University.

Mr. Cameron once famously pleaded with his party to stop “banging on” about Europe. Yet after being harried by internal euroskeptic critics, he took the fateful gamble of calling the 2016 referendum on European Union membership in an ill-fated effort to put the matter to rest.

Mr. Johnson was a beneficiary of that miscalculation, and the lesson he appears to have drawn from recent history is that it is dangerous for any Conservative Party leader to be outflanked on the euroskeptic right.

He campaigned for Brexit, became prime minister thanks to it, and last year kicked out of his party lawmakers who opposed the idea of a clear rupture with the European Union, uniting his Tories behind his hard-line stance.

But in striking a trade deal, Johnson is taking a calculated risk in disappointing a cohort of purist Brexit supporters who helped him win power and who wanted no agreement at all.

An influential caucus of pro-Brexit Conservative lawmakers known as the European Research Group has yet to weigh in on the agreement, and Mr. Johnson has been working hard to bring them on his side. How many of those lawmakers oppose him and who they are will be very significant, Mr. Menon said.

“If you have 20 to 40 of them screaming ‘betrayal,’ that changes the dynamic,” he said.

Waiting in the wings is Nigel Farage, the populist anti-European Union politician who has now rebranded his Brexit Party as Reform UK and has shown his skill in the past at peeling off Conservative supporters.

On Thursday, Mr. Farage cautiously welcomed Mr. Johnson’s deal — but with the important caveat that he had yet to read the fine print.

Some Brexit supporters have always scented that betrayal would lie somewhere within any treaty negotiated with the European Union and, even before the agreement was struck, it was being denounced as another in a long series of British surrenders to Brussels. One commentary article in the pro-Brexit Daily Telegraph argued that the government had been “outsmarted at every turn.”

Others agree with that analysis, but from a more pro-European perspective, noting that even official forecasts suggest Britain will lose out on significant economic growth under Mr. Johnson’s deal.

Many businesses will notice the limitations of Mr. Johnson’s agreement as soon as Britain leaves the European Union’s giant single market and customs union on Jan. 1. The accord failed to secure much of anything for the services sector, for example, which accounts for around four-fifths of the British economy.

And the deal increases barriers rather than eliminating them for the manufacturing sector and agriculture. So while there will be no taxes on the import and export of goods, there will be additional checks on them — so-called nontariff barriers.

Delays at ports — of which Britain just got an ugly foretaste, when France briefly blocked all travelers and fright from Britain — will add significant costs to companies, which will have to make an estimated 20 million new customs declarations each year and face other compliance costs.

“In the long run, it is such a bad deal that the more moderate wing of the Tory Party may try to get a better deal,” said Mr. Grant of the Center for European Reform, noting the Conservatives’ traditional link to business.

Yet perhaps the biggest danger for Britain is that it is now stranded awkwardly, half-in, half-out of the European economic system, leaving its relationship with the bloc as fraught and politically combustible as ever.

As a big economy that shares a land border Ireland, a European Union country, Britain will be unable to escape the huge trading bloc’s gravitational pull, any more than other neighbors that stayed aloof from it, experts say.

Switzerland, for example, is in constant, fractious negotiation with the European Union over their relationship.

Pro-Brexit lawmakers will be likely to press the British government to break away from Europe’s standards and laws and to test the limits of regained national sovereignty. That is possible under the agreement, but if the European Union believed any such measures were designed to undercut it, the issue could go to independent arbitration and tariffs could be imposed as a penalty.

Mr. Johnson might judge it in his interests to press ahead with contentious rules, either to promote his industrial strategy or to reignite the politically divisive debate over Europe that brought him to power.

Either way, the mechanism established by his deal for resolving trade disputes over diverging economic rules is likely to provide a future flash point. These or other cross-Channel conflicts are certain to be inflamed by the more jingoistic parts of the British tabloid media.

“It means a process of almost permanent negotiation between Britain and the E.U.,” Mr. Grant said, “and every time that happens, it will pump up the emotion and the rhetoric.”