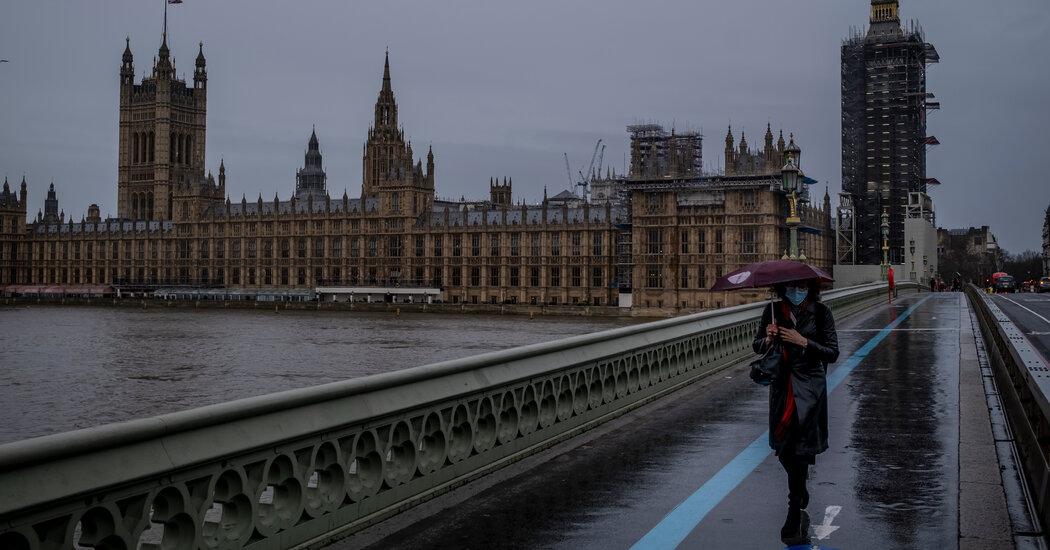 The coronavirus has mutated many times since it first emerged in China in 2019, according to epidemiologists. On Friday, South Africa reported it had identified a variant that it said was driving a new wave of infections there. Scientists said it was different from the one identified in Britain.

Most of these variants are not significant or widespread. But as the number of people who have been infected — and, presumably, have developed some immunity — increases, the pressure on the pathogen to mutate also increases. Some of the new variants can be more transmissible or lead to more severe illness than earlier versions of the virus.

For months, Mr. Johnson has struggled to balance his response to the virus with pressure not to further damage the economy. At times, he has lagged other European leaders in imposing restrictions. At other moments, he has appeared to resist the advice of his own government’s scientific advisers.

Britain reported 27,052 new cases and 534 deaths on Saturday. The country’s death toll from the pandemic is the highest in Europe. Mr. Johnson pointed to the rollout of a vaccine, which Britain approved and began administering ahead of other Western countries, as a ray of hope. He said 350,000 people in the country had received a first dose of the Pfizer-BioNTech vaccine, which is a two-shot regimen.

But as the economy has languished, lockdowns have become politically fraught. When the government placed Manchester, Liverpool and other northern cities, where the infection rates were higher, in a more restrictive tier, local officials complained that they were being unfairly targeted. Life in London, they noted, remained mostly unchanged.

Last week, amid signs that London had become a new hot spot, Mr. Johnson placed the capital and most of the southeast in Tier 3, the highest level of restrictions. But he clung to his promise of a Christmas reprieve from Dec. 23 to Dec. 27, even as he implored people to keep family gatherings brief and small.