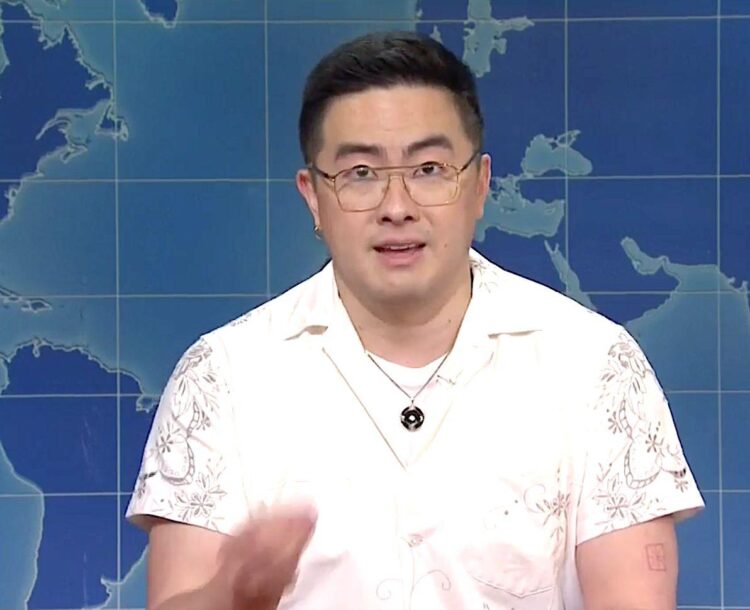 “Saturday Night Live” cast member Bowen Yang began his “Weekend Update” bit against Asian American attacks all attitude and eye rolls, but ended with a powerful message to “fuel up” and keep moving — together.

Jost responded: “That’s how you told me to introduce you.”

“I set your ass up. It feels good,” Yang replied.

But Yang got serious. “Things for Asians in this country have been bleak for the past two weeks — and all the weeks before that since forever,” he noted.

He said he didn’t know what to say to help change “how insanely bad things are. If someone’s personality is ‘punch an Asian grandma,’ it’s not a dialogue. I have an Asian grandma. You want to punch her? There ain’t no common ground, Mama,” said Yang.

He added: “I’m just a comedian. I don’t have all the answers. But I’m not just looking for them online. I’m looking around me. The GoFundMe for Xiao Zhen Xie, the grandmother who fought back against her attacker, raised $900,000, which she immediately gave back to the community. That’s where we are as Asians. Now come meet us there.”

Yang said he tries to live by a Mandarin cheer that means “fuel up.”

“I don’t know what’s helpful to say to everyone, but that’s what I say to myself. Fuel up, do more,” he added. “It’s the year of the metal ox, which basically means a car. So everyone, get in, buckle up. It’s no pee breaks. We ride at dawn, Grandma!”

Check it out in the video clip up top.

This article originally appeared on HuffPost and has been updated.