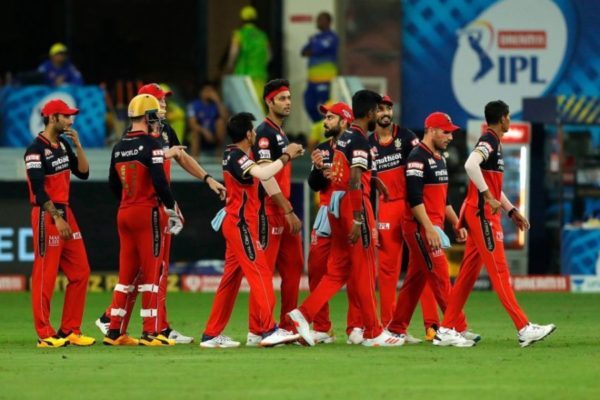 Brad Hogg on his YouTube channel has picked the best playing XI of Royal Challengers Bangalore (RCB) for IPL 2021. The next IPL season is fast approaching and all eyes will be once gain of the popular RCB who will again chase their maiden IPL title. Virat Kohli’s side will be in the thick of things straight away as they will lock horns against defending champions Mumbai Indians in the season opener on April 9.

Ahead of IPL 2021, former Australia spinner Brad Hogg picked the ideal team of RCB which has all bases covered. Hogg believes that the opening combination of RCB should be Devdutt Padikkal and Virat Kohli.

“They will have Padikkal open the batting. I think he did a fantastic job last year and is another Indian talent coming through. Opening the batting with him will be Virat Kohli. I think that is his prime position. He will be able to time the ball, pierce the gaps during the powerplay. His role will be to bat through the whole innings,” the Hogg said in a video uploaded on his YouTube handle.

Hogg continued and picked the gun middle-order consisting of Ab de Villiers and Glenn Maxwell who can take the match completely away from any opposition. Also, Hogg believes that all-rounder Dan Christian should bat number 5 as is handy with both bat and ball. To add depth in the batting line-up of RCB, Hogg picked the talented Mohammed Azharuddeen to bat at 6 and also keep wickets.

As far as the bowling attack is concerned, Hogg started with Washington Sundar whom he thinks can also play as a finisher in the upcoming IPL season. Then he picked the Indian fast bowling duo of Mohammed Siraj and Navdeep Saini but surprisingly he picked Kane Richardson ahead of Kyle Jamieson who was bought by RCB for a hefty amount in the IPL auction. Hogg concluded his RCB side by picking ace RCB leg-spinner Yuzvendra Chahal who will be hungry and keen to perform in the next few months.

“We have got Washington Sundar at no. 7, who is also a big-hitter and can do some damage there. We have also got Siraj and Saini, two frontline Indian fast bowlers, who have got a bit of experience now being in the Indian setup. Kane Richardson for me is coming in at no. 10 and Chahal at no. 11,” Hogg added.