Brazilian President Bolsonaro thanks PM Modi on Twitter with Hanuman image, here’s why 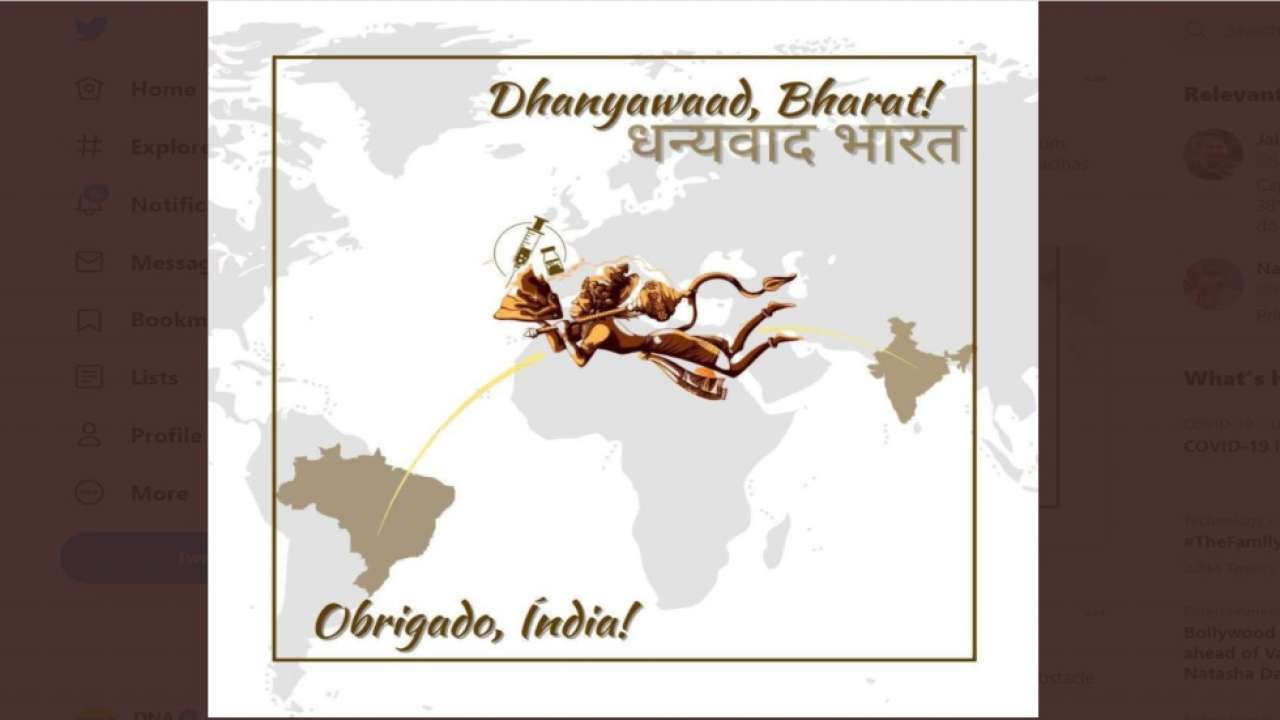 Interestingly, on Hanuman Jayanti in Augut 2020, Brazilian President Jair M Bolsonaro had written to Prime Minister Narendra Modi on the COVID-19 crisis with references to Ramayana and comparing Indian efforts to contain the pandemic to Hanuman and mythical ‘sanjeevani booti’.

In the letter written on the occasion of Hanuman Jayanti, Bolsonaro said, “Just as Lord Hanuman brought the holy medicine from the Himalayas to save the life of Lord Rama’s brother Lakshmana, and Jesus healed those who were sick and restored the sight to Bartimeu, India and Brazil will overcome this global crisis by joining forces and sharing blessings  for the sake of all people.”

In an earlier instance, Brazilian Envoy to India had said that Brazilian President Bolsonaro is interested in Hinduism and in the “richness of Indian religious traditions” even as the Latin American leader wrote a letter to Indian PM which had references to Ramayana.

Bolsonaro was the Chief Guest at the 70th Republic Day celebrations of India earlier this year. Both countries are also part of the BRICS grouping.