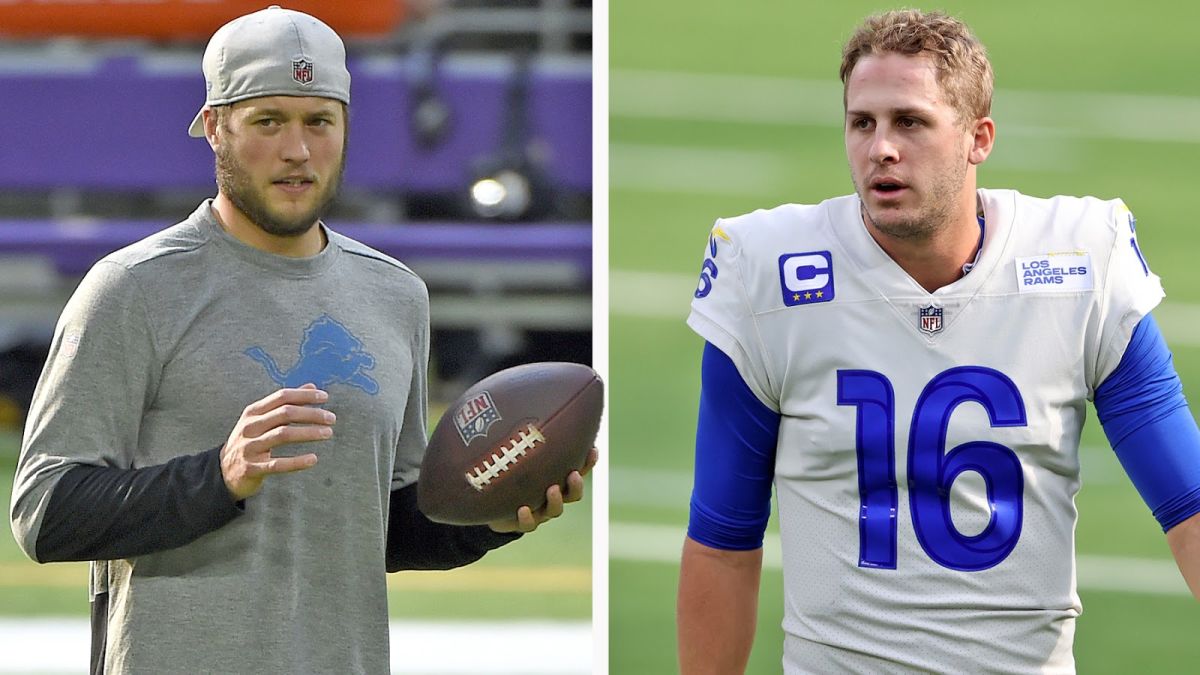 The Rams are trading Jared Goff, a 2021 third rounder, and their 2022 & 2023 first round picks, to the Detroit Lions for Matthew Stafford, it was reported late Saturday night.

This is a huge deal — and not where I thought Stafford would land. Although, now sitting with my thoughts for a few minutes, it makes sense. Snead previously traded his 2020 and 2021 first round picks to Jacksonville for Jalen Ramsey. Now, he’s showing again that he’s willing to pay top dollar for a player that he feels will give his team a chance to win.

If I’m Detroit, after mutually agreeing to part ways with Stafford, I’m rolling laughing at the insane haul that I got in return for the veteran quarterback. The Lions are getting a 26-year-old quarterback that has a heavy contract, sure, but they will have an easy out in 2023 if they decide to move on – his dead cap against the team in two years is only $8.6 million. They’re also adding two firsts and a third this year, and probably feel that Goff can give them similar production to what they have been receiving out of Stafford lately.

The Lions have a lot of needs to address, and moving on from Stafford, getting younger at quarterback, while adding solid draft capital, is a strong move to make. The Rams, on the other hand, who made the Divisional round of the playoffs in large part to their defensive play, clearly feel like the veteran presence and ability to push the ball down the field that Matthew Stafford brings gives them a better shot to go all-in for a Super Bowl run. When I say they’re going “all-in,” that implies the potential to lose massively as well. The Rams are terribly close to going the way of Bill O’Brien, who mortgaged everything for a title push. We all saw how that worked out. Anything less than a ring will be a failure.

For the sake of Stafford, this is a terrific fit — to play on a team with an elite defensive unit, giving him a chance to not only win the first playoff game in his career, but also a chance at a title. For Goff, the poor guy has to feel like he went from the penthouse to the cellar. Hopefully, the Lions will continue to improve their weapons and their line, and give Goff a fresh start and a chance to grow.

This trade has the upside to be a massive win for both parties. It could also be a total dumpster fire.

Breaking: Lions deal Stafford to Rams for Goff, a slew of picks & a maniacal laugh (most likely)