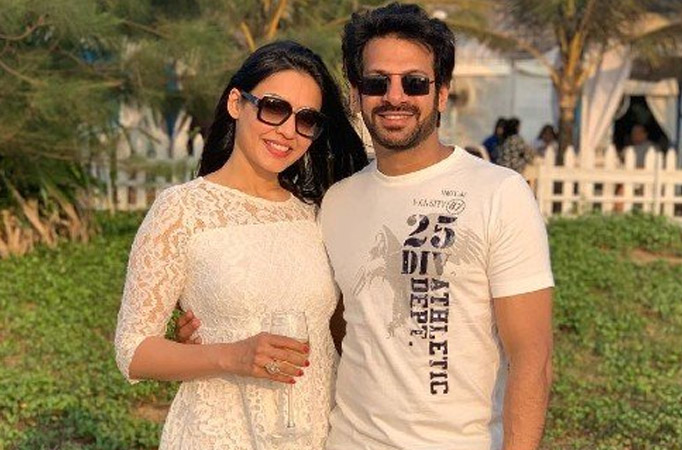 MUMBAI: There was a time when Karan Veer Mehra had believed that he would never come out of the trauma of his failed marriage. But, not anymore. Today, he has realised that time indeed heals old wounds and heralds beautiful new beginnings.

The actor, who has found love in fellow artiste Nidhi V Seth, is all set to tie the knot with her on January 24 in his hometown, Delhi. The wedding will be an intimate affair in a Gurdwara, followed by dinner with close friends.

Karan shared, “We have invited only 30 guests for the shaadi, but we plan to hold a reception in Mumbai for our friends, who won’t be able to attend the wedding.”.

Nidhi added, “We had shortlisted a few dates, including one in December. However, we wanted 2020 out of our lives and hence, settled for January 2021. We checked online and found that January 24 was an auspicious date. I realised that I am not shooting on that day and that was another reason we zeroed in on this date (laughs!).”.

The couple first met in 2008, during the shoot of a commercial. Karan says, “After shooting for it, we were not in touch at all. As destiny would have it, three years ago we met again at a gym. She asked me what I was up to, and when I replied that I had just turned producer, she expressed a desire to work on my show. I wanted her to be a part of the show and asked my writers to sketch a role for a new entry. A month later, I asked her to be a part of the series. All I can say is that I was focused, persistent and charming.”.

Talking about what made him fall in love with her, he shares, “She completes me and I know that she feels the same about me. We hardly say ‘I love you’ to each other, we always say, ‘I love us’.”, to which Nidhi added, “We connected well every time we met, and our friendship became stronger. We soon realised that we are alike and have common interests. Apart from the fact that we are in the same profession, both of us love playing chess, enjoy sports, and even share a fetish for mirrors in the house.”.

Also Read: Shilpa Raizada on Yeh Rishta Kya Kehlata Hai: My name being associated with such a great show is itself an achievement for me

In an earlier interview, Karan had said that he had become disillusioned about love and marriage. But now, he said, “Change is the only constant. Nidhi is someone I relate to in many ways. We come from humble backgrounds and are trying to make a living in the same field. We are Punjabis and very attached to our families. We love the same kind of food, are workaholics and fitness freaks. We do have our share of differences, but what’s most important is that we respect each other. It takes two to tango.”.

Nidhi said, “A failed relationship leaves a bitter taste, but eventually, you realise that the person wasn’t meant for you and you give yourself another chance. Though you do get jittery about such decisions, Karan and I have given ourselves a second chance.”.

On the work front, Karan was last seen in the show Tera Kya Hoga Alia while Nidhi was a part of Mere Dad Ki Dulhan.

Also Read: Zidd: Here is what actress Amrita Puri has to say on her part in the series