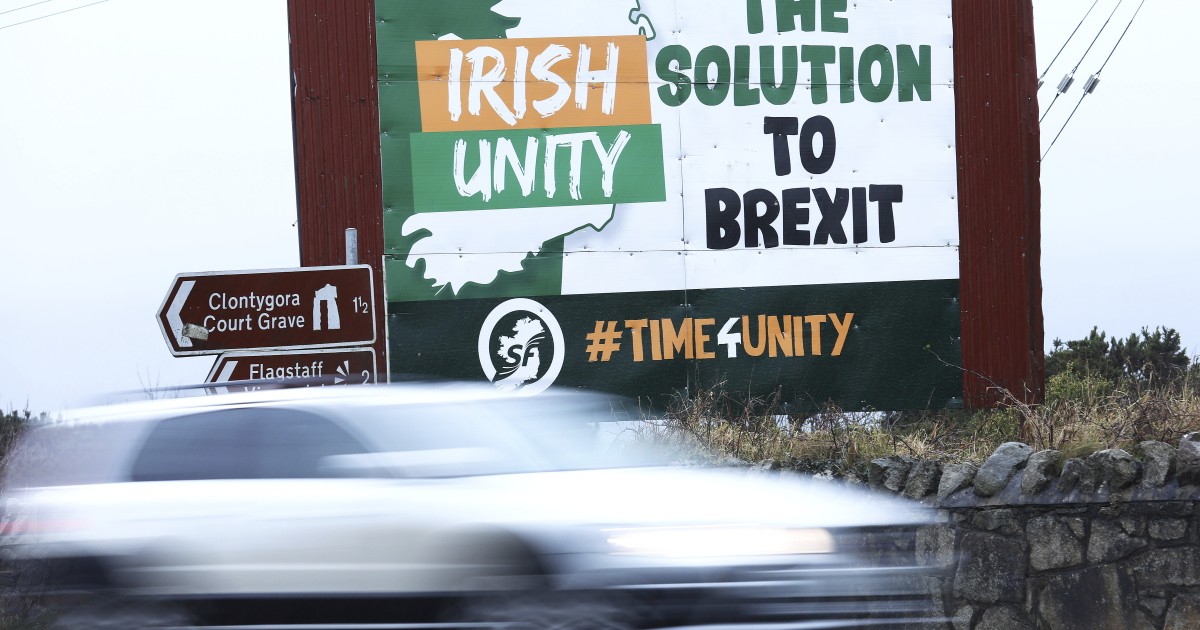 After fulfilling his lifelong dream of becoming prime minister a year and a half ago, Britain’s Boris Johnson invented an extra title for himself: minister for the union. The new badge was meant to showcase his dedication to strengthening the bonds among England, Scotland, Wales and Northern Ireland, which together make up the United Kingdom.

Johnson also pledged to “get Brexit done,” which he did by the skin of his teeth, with the U.K. striking a last-minute trade agreement with the European Union before pulling out fully from the club Dec. 31.

But what was supposed to help bring an end to the bitter domestic divisions that Brexit unleashed has only served to sharpen them. Scotland and Northern Ireland voted against leaving the EU in 2016 but were powerless to stop it. Many of their residents feel shafted anew by the trade deal, their resentment toward Johnson’s government in far-off London on the rise.

Add that to widespread criticism of his handling of the pandemic — Scotland’s leader is deemed to have done a better job — and Johnson is now having to face an uncomfortable question: Could this self-styled minister for the union be reading its last rites instead?

If Michael Sturrock of Edinburgh is any indication, Johnson’s desire to keep the four regions of the U.K. (Britons call them the “four nations”) welded together is in real trouble, with a disunited kingdom in danger of becoming a disintegrated one.

Sturrock, 26, was among the 55% of Scottish voters who opted for Scotland to remain a part of the U.K. in a 2014 independence referendum. But he never imagined at the time that staying in the U.K. would lead to his being dragged out of the EU against his will.

Now he’s in favor of Scotland going its own way. In an unprecedented development, at least 18 successive polls in recent months have shown a plurality or a majority of Scottish residents agreeing with him.

“Brexit has been the fundamental turning point for me and for so many people,” said Sturrock. “The big issue for me is getting back my European citizenship. I’m devastated, really. And so angry.”

Although he laments that young people like him can no longer pursue a dream of freely living and working anywhere within the 27-nation EU, he also regards the policies of Johnson’s Conservative government as so far removed from Scotland’s social democratic leanings that secession is the only solution.

“I’m no longer convinced that staying in the U.K. is what the democratic will of Scotland is or the best way to achieve the kind of society we want,” he said. “Independence is the way we can get that.”

Sturrock has set up a website, NoToYes, as a place where he and other voters who have switched sides on the Scottish independence debate can meet and share their stories. He’s been surprised by the amount of interest from voters across the political spectrum.

“We need to move forward as one movement,” he said.

Sturrock’s shifting views are music to the ears of Scottish First Minister Nicola Sturgeon, who has hung much of her political career on the fight for Scottish independence.

Brexit has been “the gift from the gods” for her Scottish National Party, said Thomas Devine, one of Scotland’s leading historians. Not only can Sturgeon point to the fact that a majority of Scots didn’t want to leave the EU in the first place, but also the new reality of trade in a post-Brexit world has hit Scottish businesses hard in recent weeks.

The local fish and seafood industry says its trade with Europe — worth more than $1.3 billion to Scottish businesses — is on the brink of collapse because new border checks and lengthy customs forms have led to canceled orders and supplies failing to get to destinations on time.

“What seems to have happened is a slow burn in terms of the consequences of Brexit,” Devine said. “There is a growing sense that the nations are going in different directions.”

Sturgeon now plans to hold a symbolic vote on a Scottish divorce from the U.K. if her party is victorious in local elections in May. The goal is to heap more pressure on Johnson to grant another independence plebiscite, since any new referendum is not binding unless approved by the central government in London.

The transition to life outside the EU has been no less fraught or complicated across the Irish Sea.

In Northern Ireland, where a fragile peace between breakaway republicans and British loyalists has prevailed for about 20 years, there were fears that Brexit could revive sectarian tensions if a hard border sprang up between Northern Ireland and the Republic of Ireland, which remains a steadfast member of the EU. To avoid that, the new trade deal leaves Northern Ireland inside the EU’s single market for goods and, to some extent, its customs framework, even though on paper Northern Ireland officially exited the European Union along with the rest of the U.K.

The half-in, half-out status angers those who see it as a wedge being driven between the people of Northern Ireland and the rest of their compatriots in Britain.

“It feels more like we’ve left the U.K. than left the EU,” said Harry Wick, CEO of the Northern Ireland Fish Producers’ Organization. “We feel pretty much spurned by U.K. politicians.”

Having served in the British Royal Navy for 20 years and lived for many years in England, Wick describes himself as a proud unionist. But now he feels “like a second-class citizen,” and warns that those calling for the unification of Ireland will point to the Brexit deal and say: “Look what Britain has done for you.”

“It will be hard to argue they don’t have a point,” he said. “Brexit has only served to highlight our divisions.”

Whether Johnson can stanch the upwelling of dissent and disillusionment in Scotland and Northern Ireland is an open question. His bluff, sometimes bombastic and often jokey manner — tolerated or even enjoyed during easeful times — has not helped him as the U.K. threatens to start unraveling at the seams.

On Thursday, he made a visit to Scotland to try to stem the growing tide of independence sentiment, stopping in at a coronavirus testing lab and a vaccination center to make the case for U.K. solidarity.

But one of his predecessors as prime minister, Gordon Brown, said the country now faced a stark choice: becoming a “reformed state” or a “failed state.” The four parts of the United Kingdom must “urgently rediscover what holds it together” or risk the union falling apart, wrote Brown — a proud Scotsman — in the Daily Telegraph this week.

The COVID-19 pandemic — which has plunged Britain into a deep recession and exacted a U.K. death toll that exceeded 100,000 on Tuesday, the highest in Europe — has also laid bare just how separate the different parts of the country are, despite Johnson’s attempts to promote solidarity by evoking a wartime spirit.

Each of the four regions exercises control over its own health policy, which has resulted in lockdowns being instituted at different times around Britain, schools remaining open in one part but not another, and a patchwork of rules and restrictions that has made Johnson appear more like the leader of England only, rather than the entire United Kingdom.

In Scotland, home to about 5.5 million of the U.K.’s 67 million people, Sturgeon has been credited with acting more decisively and transparently, although her administration has not actually succeeded in taming the coronavirus. As of Thursday, at least 5,970 Scots had died of COVID-19, according to the Scottish government — a higher per-capita rate than in the U.S.

“The perception is Sturgeon has handled the pandemic much better than Boris Johnson,” said Devine, the historian. “The reality might be somewhat different, but it doesn’t matter a damn. The perception is that she’s done a brilliant job. They can’t stand Johnson up here.”

Although the U.K. isn’t in danger of breaking up tomorrow, and people’s immediate attention is trained on getting through the pandemic, political analyst Coree Brown Swan said the centrifugal forces being felt in Scotland and Northern Ireland were unlikely to fade away.

“There is a sense of a union in peril … a struggle to articulate the case for the union in a post-Brexit world,” said Brown Swan, a fellow at the Center on Constitutional Change in Edinburgh.

“Everyone is focused on surviving the current crisis, but you do have calls for an independence referendum [in Scotland] this year or next,” Brown Swan said. “If you see independence happening in Scotland, does Scotland become the tipping point?”

Boyle is a special correspondent.