Brexit Deal Done, Britain Now Scrambles to See if It Can Work 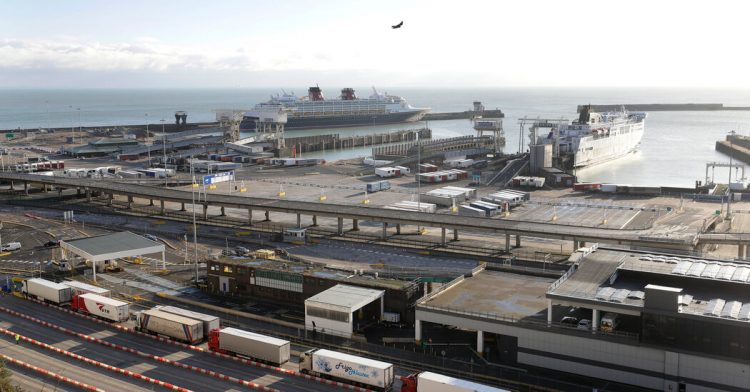 LONDON — For weary Brexit negotiators on both sides of the English Channel, a Christmas Eve trade agreement sealed 11 months of painstaking deliberations over Britain’s departure from the European Union, encompassing details as arcane as what species of fish could be caught by each side’s boats in British waters.

But for many others — among them bankers, traders, truckers, architects and millions of migrants — Christmas was only the beginning, Day 1 of a high-stakes and unpredictable experiment in how to unstitch a tight web of commercial relations across Europe.

The deal, far from closing the book on Britain’s tumultuous partnership with Europe, has opened a new one, beginning on its first pages with what analysts say will be the biggest overnight change in modern commercial relations.

In the four years since Britons voted to cast off a half-century of ties to Europe, many migrants have stopped moving to Britain for work and British firms have sent employees to Paris and Frankfurt to set up toeholds on the continent. But for all those preparations, seven days are now all that stand between businesses and an avalanche of new trading obstacles on Jan. 1.

“We are going to have to learn how to do this as we go,” said Shane Brennan, chief executive of the Cold Chain Federation, a British group representing logistics firms. “Let’s hope it’s for the better in the end, but it will be slow, complex and expensive.”

British distributors, spared the calamity of a no-deal separation, were nevertheless scrambling to prepare the first of hundreds of thousands of new export certifications to allow their meat, fish and dairy to be sold to the bloc. British food, once exempt from such burdensome checks, now faces the same inspections as European imports from countries like Chile or Australia.

Britain’s services sector — encompassing not only London’s powerful financial industry, but also lawyers, architects, consultants and others — was largely left out of the 1,246-page deal, despite the sector accounting for 80 percent of British economic activity.

The deal also did little to assuage European migrants, some of whom left Britain during the pandemic and are now struggling to determine whether they need to rush back to establish a right to settle in Britain before the split is finalized on Dec. 31.

“As of the 1st of January, the landscape changes, and the safety blanket of the transition period is gone,” said Maike Bohn, a co-founder of the3million, which supports European citizens in Britain, laying out her fears that Europeans will be unfairly refused jobs and rental apartments amid confusion over the rules. “There’s apprehension, and also numbness.”

Negotiators have not formally published the voluminous trade deal, though both sides have offered summaries, leaving analysts and ordinary citizens uncertain about some details even as lawmakers in Britain and Europe prepare to vote on it in a matter of days.

But it had long been clear that the agreement would offer the City of London, a hub for international banks, asset managers, insurance firms and hedge funds, few assurances about future trade across the English Channel. Britain sells roughly 30 billion pounds, or $40 billion, of financial services to the European Union each year, profiting from an integrated market that makes it easier in some cases to sell services from one member country to another than it is to sell services from one American state to another.

The new trade deal does smooth the flow of goods across British borders. But it leaves financial firms without the biggest benefit of European Union membership: the ability to easily offer services to clients across the region from a single base. This has long allowed a bank in London to provide loans to a business in Venice, or trade bonds for a company in Madrid.

“The result of the deal is that the European Union retains all of its current advantages in trading, particularly with goods, and the U.K. loses all of its current advantages in the trade for services,” said Tom Kibasi, the former director of the Institute for Public Policy Research, a research institute. “The outcome of this trade negotiation is precisely what happens with most trade deals: The larger party gets what it wants and the smaller party rolls over.”

After Jan. 1, the sale of such services will hang on whether European regulators decide that Britain’s new financial regulations are close enough to their own to be trusted, a process that excludes some common banking activities and leaves others subject to political considerations. Already, Britons living in Europe who have bank accounts in Britain have been told their accounts will be closed.

“Imagine if you took the U.K. and you moved it into Canada, or Australia,” said Davide Serra, the chief executive of Algebris Investments, an asset management firm with offices across Europe. “That’s what this does for services. The U.K. has become a third country.”

In announcing the trade deal this week, Prime Minister Boris Johnson of Britain acknowledged it offered “not as much” access for financial firms “as we would have liked.” But he was not as straightforward about the difficulties facing even British retailers under the deal, analysts said.

In promising that there were “no non-tariff barriers” to selling goods after Brexit, he ignored the tens of millions of customs declarations, health assessments and other checks that businesses will now be responsible for.

Britain is short of the customs agents needed to deal with those documents, and even the veterinarians who carry out health checks, industry experts said. And in recent days, European truckers have received an alarming preview of the havoc wrought by shipping delays of even a few days when they were stranded at British ports because of travel bans connected to the new coronavirus variant.

“It’s a massive problem that is going to cost industry millions of pounds and euros,” said Alex Altmann, a partner in charge of Brexit-related issues at Blick Rothenberg, an accounting and tax practice. “At the end of the day, that’s going to be passed on to consumers.”

For European citizens living in Britain, too, the completion of a Brexit deal did little to ease fears about how the country’s new immigration rules could complicate their lives. Migrants have been allowed to apply for so-called “settled status” in Britain. But few provisions have been made for people who cannot complete the process online, much less for people who do not realize they need permission to stay in a country where they have lived for decades.

“There’s the potential for a crisis in the next year or two concerning E.U. migrants who were already here, and had been here for a long time, but have fallen through the cracks of the registration scheme,” said Robert Ford, a professor of politics at the University of Manchester.

The limitations of the Brexit deal reflect the fact that even as financial and other regulations have grown more complex in recent years, trade deals have struggled to keep pace, said David Henig, an analyst at the European Center for International Political Economy.

But Britain also limited what it sought in the deal to a few key areas, making the emergence of a bare-bones agreement almost inevitable, analysts said.

Next to a no-deal split, involving enormous logjams at the borders and deep uncertainty for businesses, the agreement was a salve. But even with such a deal, the path forward is uncertain.

“Brexit was always going to be a long-running hit to the U.K.’s competitiveness,” said Mr. Kibasi, the analyst. “But the way it’ll play out is by damaging investment in the U.K., so it’s a slow puncture, not a quick crash.”