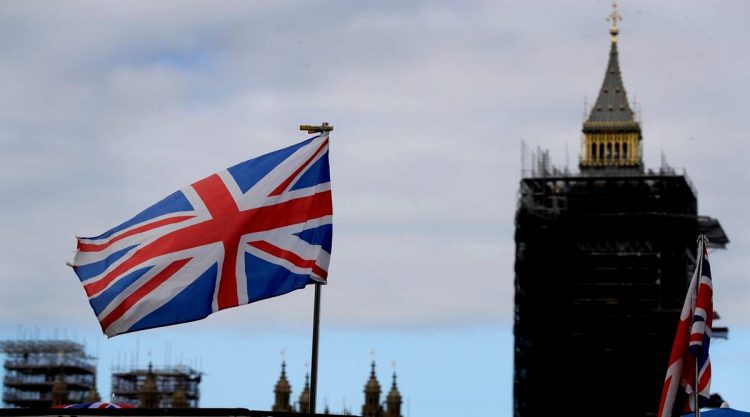 The European Parliament wants Britain and the bloc to reach a deal by Sunday night. (AP Photo/Kirsty Wigglesworth)

Fishing rights remain a key stumbling block on the path towards a Brexit trade deal as another EU deadline on Sunday looks set to pass without an agreement, according to senior officials.

Earlier this week, the European Parliament said negotiators had to strike a deal by Sunday night to give MEPs enough time to ratify the accord.

However, Irish Foreign Minister Simon Coveney said an imminent breakthrough was unlikely, and that the whole negotiation could collapse due to an impasse over the EU’s fishing rights in British waters. In addition, there is a stalemate between the two sides over creating a so-called level playing field that would provide fair competition rules.

Ireland: Talks could ‘collapse’ over fishing

“I don’t see this being agreed easily in the next 24 hours,” Coveney was quoted as saying by the Sunday Times newspaper. “It won’t surprise me if this issue [fishing rights] collapses the whole negotiation. It certainly has the capacity to do it.”

Coveney added that he found it difficult to envisage the EU fishing member states of Ireland, France, Belgium, Denmark and the Netherlands supporting an arrangement that goes beyond the offer that is currently on the table.

EU Brexit negotiator Michel Barnier has proposed that EU fishermen give up nearly a quarter of the value of the fish they currently catch in UK waters. Britain is understood to be seeking more than half of the value.

An EU diplomat told news agency AFP that Brussels had made its last offer on fisheries and it was now down to British Prime Minister Boris Johnson to decide whether he wants a deal.

“If Britain doesn’t accept the latest EU offer it will be a ‘no deal’ over fish,” he warned.
Meanwhile, French European Affairs Minister Clement Beaune said talks would not be called to a halt if they extended beyond Sunday. “We won’t do that because what is at risk is whole sectors like fishing, like sustainable competition conditions for our businesses,” he said.

A ‘no deal’ scenario

The UK officially left the EU on January 31,2020, but trade and other sectors remain within the bloc’s structures until the end of the year. If this deadline passes, trade between the two sides will fall back on rules and tariffs established by the World Trade Organization in 1995.

As a result, the UK will have to start paying tariffs on imports from the EU, and vice versa.