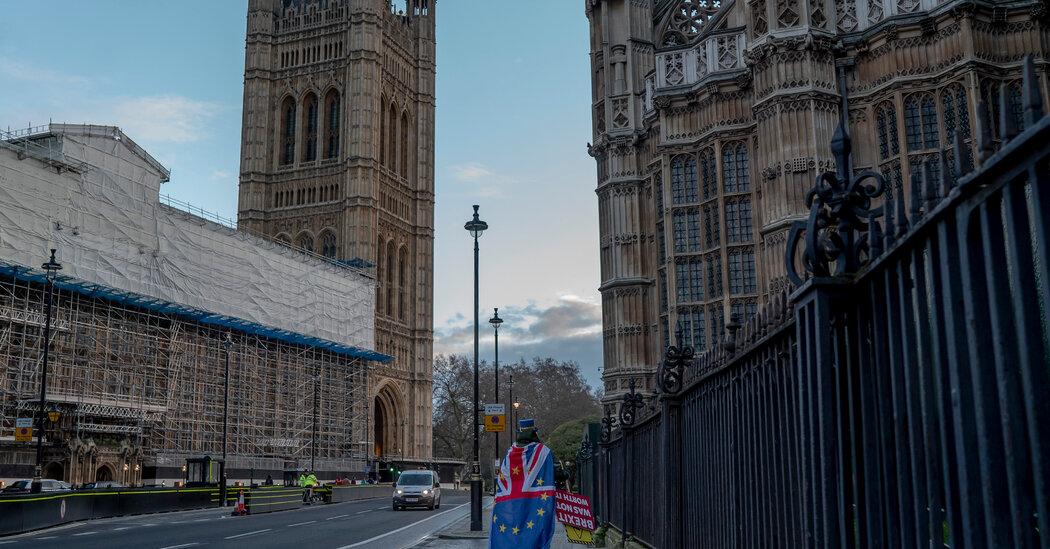 PARIS — It is done at last. On Jan. 1, with the Brexit transition period over, Britain will no longer be part of the European Union’s single market and customs union. The departure will be ordered, thanks to a last-minute deal running to more than 1,200 pages, but still painful to both sides. A great loss will be consummated.

Loss for the European Union of one of its biggest member states, a major economy, a robust military and the tradition, albeit faltering, of British liberalism at a time when Hungary and Poland have veered toward nationalism.

Loss for Britain of diplomatic heft in a world of renewed great power rivalry; of some future economic growth; of clarity over European access for its big financial services industry; and of countless opportunities to study, live, work and dream across the continent.

The national cry of “take back control” that fired the Brexit vote in an outburst of anti-immigrant fervor and random grievances withered into four and a half years of painful negotiation pitting a minnow against a mammoth. Posturing encountered reality. The British economy is less than one-fifth the size of the bloc’s. President Trump is leaving office, and with him goes any hope of a rapid offsetting British-American trade agreement.

But the weakening is uneven. Britain is closer to fracture. The possibility has increased that Scotland and Northern Ireland will opt to leave the United Kingdom and, by different means, rejoin the European Union. The bloc, by contrast, has in some ways been galvanized by the trauma of Brexit. It has overcome longstanding obstacles, lifted its ambitions and reignited the Franco-German motor of closer union.

“Brexit is not good news for anyone, but it has unquestionably contributed to a reconsolidation of Europe, which demonstrated its unity throughout the negotiations,” François Delattre, the secretary-general of the French foreign ministry, said.

The European Union — prodded by Brexit, facing the coronavirus pandemic, and confronting the hostility of Mr. Trump — has done things previously unimaginable. It has taken steps in a quasi-federal direction that Britain always opposed.

Germany abandoned a tenacious policy of austerity. The federalization of European debt, long taboo for the Germans, became possible. The European Union can now borrow as a government does — a step toward sovereign stature and a means to finance the $918 billion pandemic recovery fund that a British presence would probably have blocked.

“Brexit made Angela Merkel willing to abandon positions that had been sacred,” said Karl Kaiser, a former head of the German Council on Foreign Relations. “There has long been a debate about widening or deepening the European Union. Well, it has deepened.”

Part of this process has been a rethinking of Europe’s role. President Emmanuel Macron of France now speaks often of a need for “strategic autonomy.” At the heart of this idea lies the conviction that, confronted by Russia and China and a United States whose unreliability has become evident, Europe must develop its military arm to buttress independent policies. European soft power goes only so far.

“Who would have said three years ago that Europe would adhere so quickly to a budgetary relaunch through shared debt, and to strategic military and technological autonomy?” Mr. Macron told the French weekly magazine L’Express in December. “This is essential, because France’s destiny lies in a sovereign Europe.” He alluded to an autonomous Europe operating “beside America and China,” a telling formulation.

Military autonomy is a long way off, probably a pipe dream. The attachment of Central and Eastern European states to NATO, and through it to the United States as a European power, is strong. Germany recognizes the need for an adjusted trans-Atlantic bond but does not question the bond itself. Nor, in the end, does France.

Still, the European Union, through its European defense fund, agreed in 2020 to invest more than $10 billion in jointly developed military equipment, technology and greater mobility. Not a lot, and less than planned, but enough to indicate a new European state of mind. When France and Germany plan a “euro-drone,” something has shifted.

This change will almost certainly lead to tensions between the European Union and the incoming administration of President-elect Joseph R. Biden Jr., who, as one official put it, “is part of the Euro-American décor.”

Mr. Biden, a regular at the Munich Security Conference for decades, is by formation and experience a man with a traditional view of the alliance: The United States leads, allies fall into line. But the world has changed. The impact of the Trump years, and of an America AWOL during the global crisis caused by the pandemic, cannot be waved away.

“You can only lose trust once,” said Nicole Bacharan, a French political analyst. “When it’s gone, it’s gone. We’ve learned that an American president can just undo things.”

Most European governments are delighted to see Mr. Trump go. They believe American decency has returned in Mr. Biden. They do not, however, necessarily equate their relief with a long honeymoon, even if the incoming president and Antony J. Blinken, his nominee for secretary of state, are aware that times have changed, and that solving big problems demands the give-and-take multilateralism that Mr. Trump shunned.

On China policy, on Iran, on the Israeli-Palestinian conflict, on climate issues, a Europe girded by the experience of an American president who scorned NATO and coddled Russia will be more assertive. Already France and Germany have cooperated on a voluminous dossier covering all major international issues and handed it to officials in the future Biden administration.

Of course, the ailing European Union that produced Brexit and rising nationalism has not gone away. A union perceived as too bureaucratic and insufficiently democratic. The divisions that plague a now 27-member entity, with 19 of those countries sharing a currency but none of them sharing a government, will not disappear.

Still, the European Union has been jolted into a new sense of its value. Brexit looks like a one-off. The nations of Europe have seen up close that a divorce is always a defeat — and a negotiation whose end point is new barriers is, too.

Britain’s decision to leave was quintessentially of its era. An act inspired by an imaginary past, borne aloft by an imaginary future, turbocharged by social media and enabled by the withered hold of truth. It was a failure of the dream of a “United States of Europe” — on the continent that British and American troops died to liberate from the Nazis — first articulated by Winston Churchill in 1946, when he spoke of a free Europe offering “the simple joys and hopes that make life worth living.”

Everyone in Europe, and Britain is, has lost something. But as Jean Monnet, one of the founding fathers of what would become the European Union, observed: “Europe makes itself in crises.”