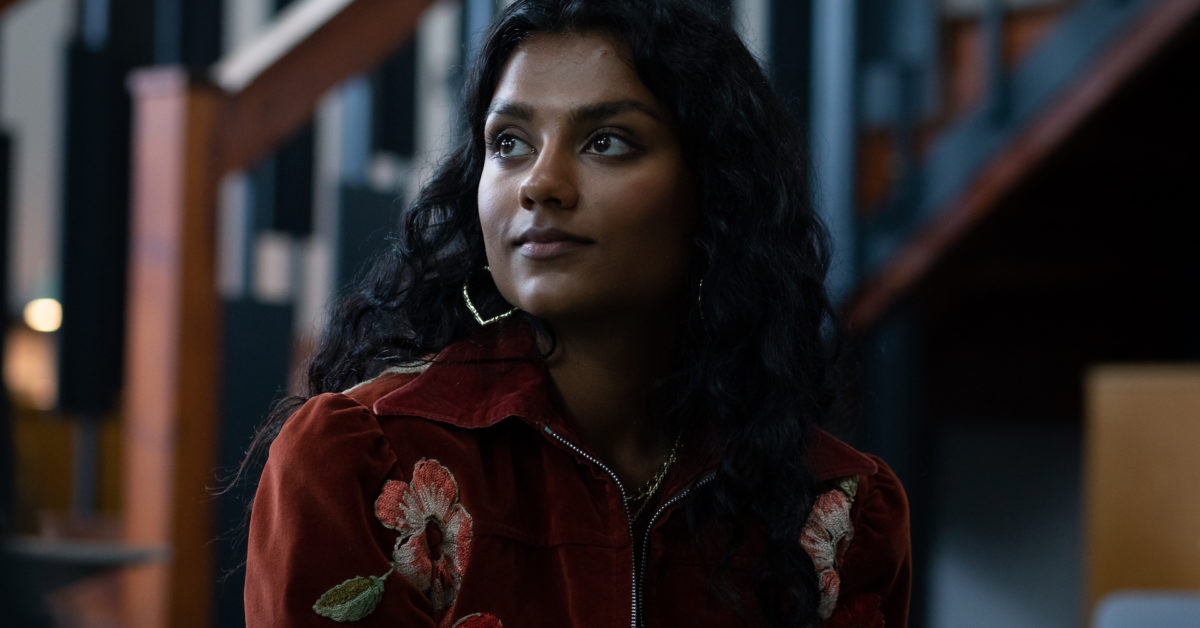 Nearly a month ago, a special edition of Lady Whistledown’s Society Paper revealed the news that Bridgerton fans had been waiting for: Chris Van Dusen and Shonda Rhimes‘ Shondaland’s period drama series would be back for a second season. With filming set to kick off in the UK this spring on a season set to focus on author Julia Quinn‘s second novel in the series, The Viscount Who Loved Me- which means the focus shifts to Jonathan Bailey‘s Anthony Bridgerton. And now viewers know who will be starring as co-lead when the series returns, with Deadline Hollywood reporting that Simone Ashley (Because the Night, Sex Education) has been tapped for the role of Kate Sharma, Anthony’s romantic pursuit. Newly arrived in London, Kate is a smart, headstrong young woman who suffers no fools — Anthony very much included. Baily and Ashley will take over the romantic narrative for the season, taking over for the first season’s Duke of Hastings (Regé-Jean Page) and Daphne Bridgerton (Phoebe Dynevor).

Here’s a look at the official announcement video for the second season renewal:

From Shondaland and Creator Chris Van Dusen, Bridgerton follows Daphne Bridgerton (Phoebe Dynevor), the eldest daughter of the powerful Bridgerton family as she makes her debut onto Regency London’s competitive marriage market. Hoping to follow in her parent’s footsteps and find a match sparked by true love, Daphne’s prospects initially seem to be unrivaled. But as her older brother begins to rule out her potential suitors, the high society scandal sheet written by the mysterious Lady Whistledown casts aspersions on Daphne.

Enter the highly desirable and rebellious Duke of Hastings (Regé-Jean Page), committed bachelor and the catch of the season for the debutantes’ mamas. Despite proclaiming that they want nothing the other has to offer, their attraction is undeniable and sparks fly as they find themselves engaged in an increasing battle of wits while navigating society’s expectations for their future. Bridgerton is a romantic, scandalous, and quick-witted series that celebrates the timelessness of enduring friendships, families finding their way, and the search for a love that conquers all.