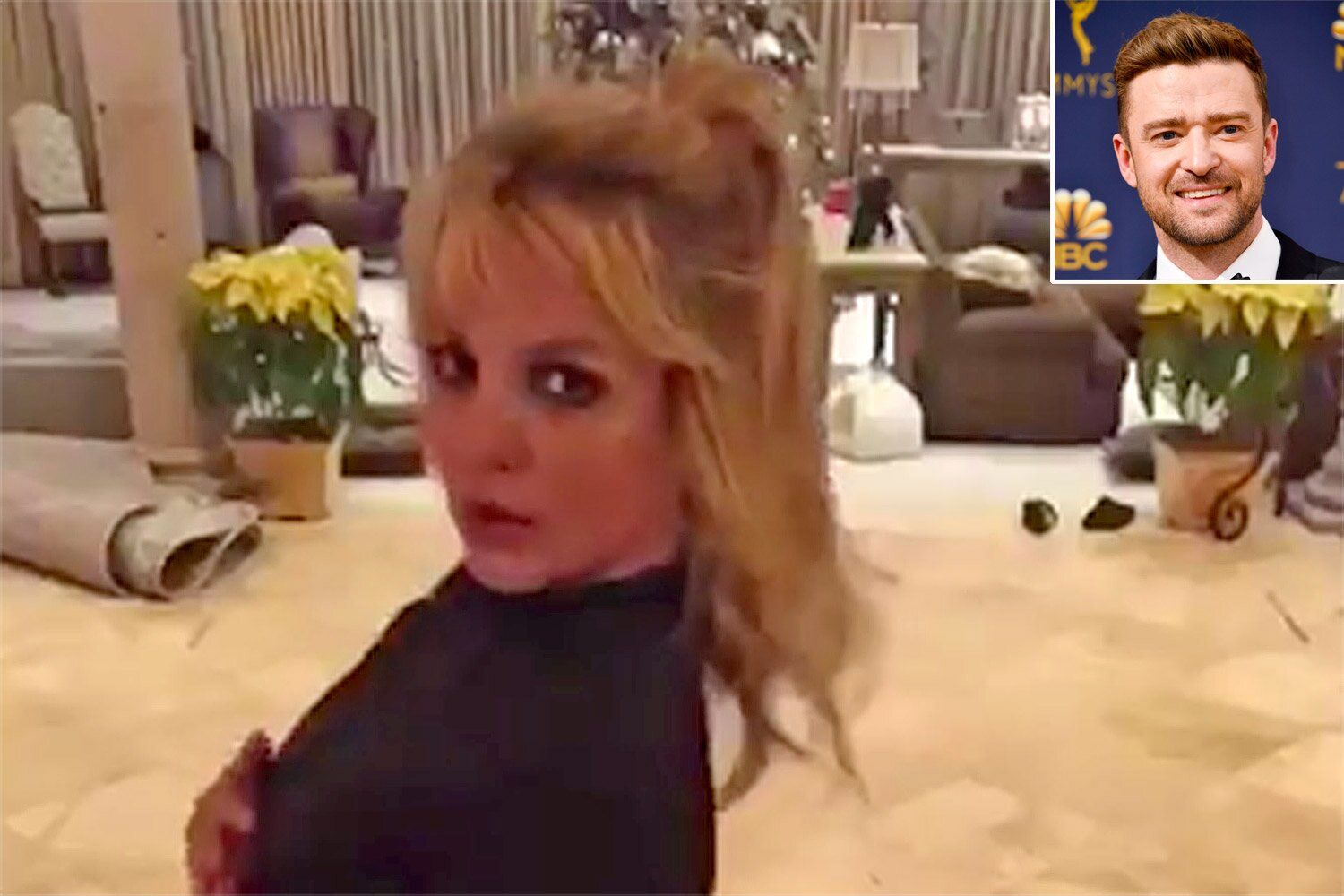 Yes, it’s 2021, and Britney Spears is dancing to Justin Timberlake!

The singer, 39, shared a video on Instagram on Wednesday as she grooved to JAY-Z’s “Holy Grail,” which features her ex Timberlake, 39.

Spears wore a cropped black turtleneck and plaid shorts as she twirled around barefoot and did some body rolls to the song in a minute-long clip.

“Britney with the @ tags!! 🤣 We love to see it!👏🏼,” Selling Sunset star Chrishell Stause commented.

Spears and Timberlake were together for three years until they split up in 2002.

This isn’t the first time the “Oops!…I Did It Again” singer has danced to her ex’s music.

Last April, Spears posted a fun video as she twirled to his song “Filthy,” and it caught Timberlake’s attention.

“This is my version of Snapchat or TikTok or whatever the cool thing you’re supposed to do these days 😅😅😅💃!!!!!” she captioned the shot.

“As you can see I’m not really dancing folks… I’m just very bored,” Spears continued, in reference to the early quarantine days.

The singer continued, “PS I know we had one of the world’s biggest breakups 20 years ago…. but hey the man is a genius!!!!”

Although their breakup devastated many fans in the early 2000s, the two are happier in other relationships.

Timberlake married actress Jessica Biel in 2012. The couple share son Silas Randall, 5. Spears has been in a relationship with Sam Asghari since 2016. Before, that she and her ex-husband Kevin Federline welcomed sons Sean Preston, 15, and Jayden James, 14.

X
Amazon is basically giving away Nintendo Switch games—they’re up to 65 per…EntertainmentYahoo Life is committed to finding you the best products at the best prices. We may receive a share from purchases made via links on this page. Pricin…
close