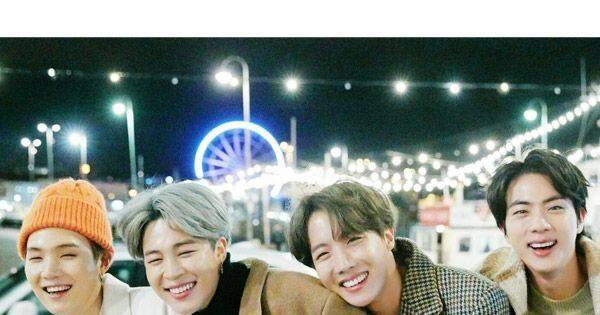 BTS just unveiled its 2021 winter package trailer. It stars off with BTS members looking all grim as they light matchsticks. But after that, the mood changes and its all positive. All the members are looking adorable in their winter looks. Their song ‘Life Goes On’ plays in the background as they are seen ‘chilling’. Have a look at the trailer below: Also Read – Did you know BTS’ Jimin had a crush on THIS Hollywood celebrity?

Meanwhile, their chartbuster, Dynamite has got 800 million views on YouTube. The song had topped the Billboard singles chart last year. Also Read – BTS: Jungkook and Jin feature on a fan-made poster of Netflix’s Sweet Home leaving the army with a meltdown

BTS AMRY and Jimin fans were recentlt not happy with the way artist management company Big Hit Entertainment was treating Jimin. They issues a statement which read, “Big Hit Entertainment, as an artist’s agency, has been extremely inefficient in dealing with Jimin’s antis, has no planning for Jimin’s career, and even hides Jimin’s achievements in order to suppress him. Since there is a serious negligence of duty, we decide to make a truck protest.” Also Read – Enhypen’s Ni-Ki’s cover on BTS Jimin’s ‘Lie’ leaves ARMY in uproar — view tweets

The statement also read, “Jimin has been working hard on the stage and treating his fans with sincerity since his debut. Big Hit, as Jimin’s trusted agency and even trusted by Jimin as his family, ignores Jimin’s antis and allows them to spread rumours about him. For a long time, antis keep harassing YouTubers who praise Jimin and journalists who report news about Jimin’s excellent performance and achievements and even publicly starting a rumour about some authoritative lists and rankings such as Gallup,”

In a past interview with Rolling Stone India, Jimin spoke about how the COVID-19 pandemic upended the group’s plans for 2020. “The pandemic unexpectedly put a lot of our original plans to a halt. However it provided us an opportunity to step back and focus on ourselves as well as our music,” said Jimin. “We reflected the emotions that we felt during this unprecedented period into this album. We were also able to take a step further by taking roles in overall production, such as concept development, composition and visual design.”