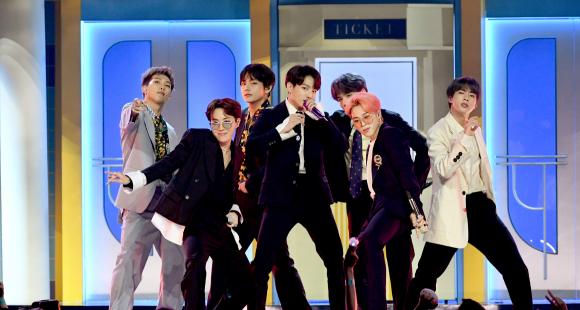 BTS does it again! The superstar septet are not only talented artists but record-makers as well. Earlier this week, DNA, the title track from their mini-album Love Yourself: Her achieved 1.2 billion views on YouTube. This also makes them the first K-Pop boy group to achieve this incredible feat. The only other Korean artists in the billion views club are BLACKPINK (DDU-DU DDU-DU and Kill This Love) and solo artist PSY (Gangnam Style and Gentleman).

DNA is an EDM and pop song, the lyrics of which talk about fate and love at first sight. The music video for the song came out on September 18, 2017, at 6 PM. KST. According to Soompi, The MV hit 1.2 billion views on February 11, 2021 at 3:13 AM KST, which means it took about three years, four months, and 23 days for it to achieve the feat. DNA recorded 1 billion views in June 2020, adding glory to BTS” Festa celebrations. DNA had previously ranked on Billboard’s Hot 100 for four consecutive weeks. That’s not all, the lovely bop also received a gold certification from the Recording Industry Association of America (RIAA) back in February 2018.

Meanwhile, BTS is all set to release BE: Essential Edition on February 19, 2021. Post that, they will be performing rare iterations from their discography in an hour-long special show for MTV Unplugged. MTV Unplugged will air on February 24, 2021 at 7.30 AM IST.

ARMY, do you still listen to DNA? Share your excitement with Pinkvilla in the comments section below.