BTS: Jungkook’s blonde hair selca, Never Not cover tweets hit 3M likes; Make him the ONLY artist with the feat 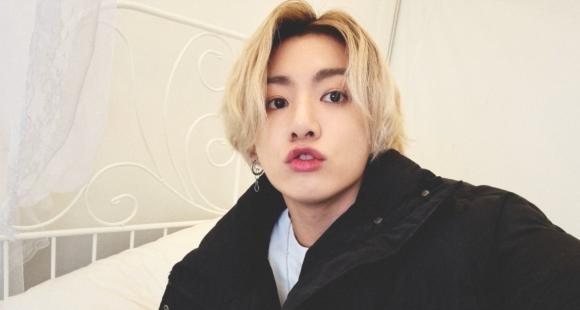 BTS singer Jungkook has proved he could break the internet if he wants! Two of the singer’s tweets have surpassed three million likes, making his the sole artist to have bagged the milestone.

BTS: Jungkook’s blonde hair selca, Never Not cover tweets hit 3M likes; Make him the ONLY artist with the feat

BTS singer Jungkook is breaking records on Twitter! The international singer, who is rightly dubbed as the Golden Maknae, proved he could break the internet if he wants. One such example is this latest development. As reported by Koreaboo, Jungkook has become the only artist to have recorded three million likes on two tweets he posted via the @BTS_twt account. The singer”s latest selfie on the platform, featuring his talked-about blonde hairdo, and his cover of the song ‘Never Not’ helped Kookie to achieve the feat.

The blonde selca has received over three million likes. The tweet features 1.1 million retweets. On the other hand, the Never Not cover has received 3.1 million likes with over 1.7 million retweets. The publication reported that there are only two other accounts who boast of the achievement. One of them was the current US President Joe Biden and the other is the former POTUS Barack Obama.

Check out Jungkook’s tweets below:

Another BTS tweet that has surpassed the 3-million mark is BTS singer V’s selfie greeting the ARMY. It is to see how many more records BTS will break in the coming days! The septet has been keeping fans on social media busy with their ongoing BE: Essential Edition release promotions. Over the past few days, BTS has been sharing video snippets to show each member’s work on the tracks of the album.

Over the past few days, we’ve seen notes by RM, Jin, Suga, Jimin, J-Hope and V yet. Jungkook’s notes are yet to release, at the time of reporting. Stay tuned to Pinkvilla for more updates.