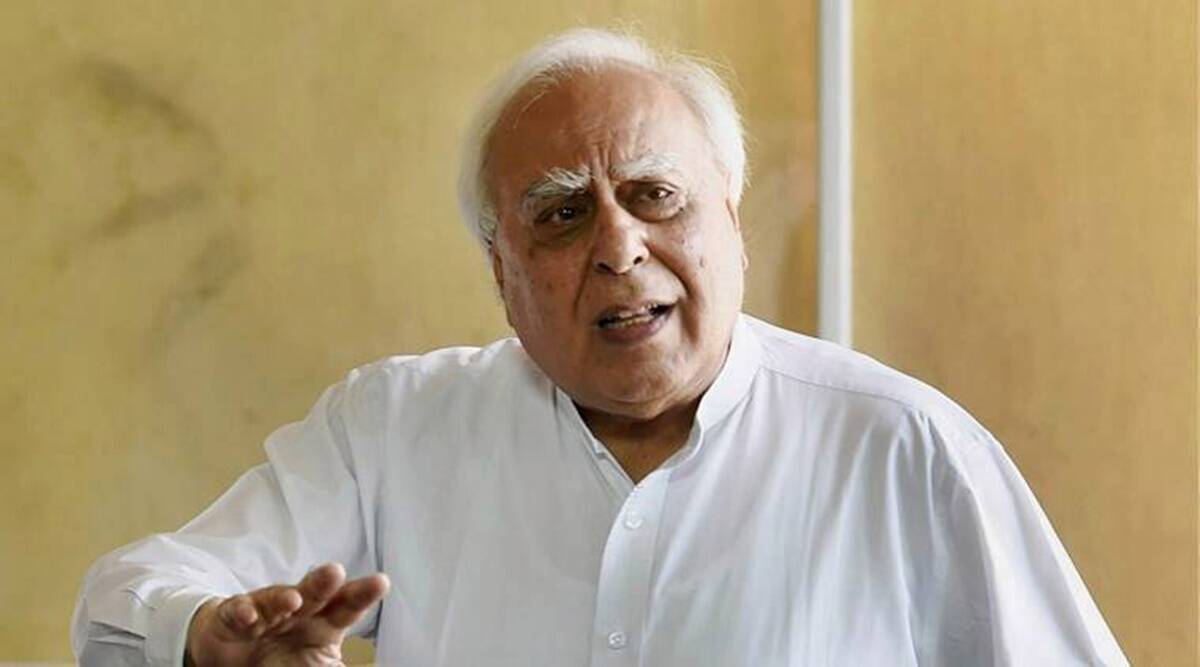 KICKING OFF the discussion on the Budget in the Rajya Sabha, Congress MP Kapil Sibal on Wednesday accused the government of encouraging crony capitalism, and said it was “indulging in vote bank politics in the Budget and note bank politics off Budget”. He said even as the government speaks of atmanirbharta – or self-reliance – everything is actually held by just a few “big boys”.

The Prime Minister, he said, mentioned that 86 per cent of India’s farmers have holdings smaller than five acres, “so are they protesting at the Delhi borders because they are self-reliant?”

“You have been in power from 2014. No more excuses. Congress was in power for sixty years; you have been there for six years. And, so, your report card will have to be looked into,” he told the treasury benches.

Comparing the current growth rates with those of the previous government’s, he said, it “only shows that for the last five years, you have mismanaged this economy”. The twin objectives of a Budget, he said, are growth and equity but in the latest Budget the government has “only preferred growth” and “forgotten about the people of India”.

Questioning the government’s handling of the economy, Sibal said, “What has it done for the poor? What are the allocations made for the poor? The problem is that there is what is called jugglery of data.”

He accused the government of “perpetuating a rigged economic system” and “establishing an oligarchic economic order”. Between 2018 and 2019, Sibal said, the share of the ownership of the country’s assets by the top one per cent grew from 58 per cent 73 per cent. “In one year. This is a classic case of crony capitalism,” he said.

Sibal said the Finance Minister did not talk about jobs in her Budget speech even as data from Centre for Monitoring Indian Economy showed that 120 million jobs were lost during the lockdown. “The fact of the matter is they have jettisoned the real people of this country who were crying for help. People are hungry for employment,” he said.

Making his maiden speech in the Rajya Sabha, BJP’s Sushil Kumar Modi defended the government and highlighted the various measures taken last year to help the poor and the migrants – from direct beneficiary transfers to stimulus cheques.

“Steps taken by the RBI, along with the Atmanirbhar package worth Rs 27 lakh crore, were like five mini Budgets,” he said. He said that despite the revenue collection going down by 23 per cent, “our government did not burden the people with more taxes”.

Countering Sibal’s charge that under health, maximum allocation was for water and sanitation, Modi said, “Health is not just about clinics, about hospitals, about labs, about doctors and about paramedics.” The World Health Organization has stressed that water and sanitation were crucial for basic healthcare, health is also about nutrition, he said.

AIADMK’s S R Balasubramoniyan, while appreciating many aspects of the Budget, highlighted that prices of petrol and diesel are “skyrocketing” although the crude prices have crashed. “State governments and the central government are indulging in levying duties, which is too much in my opinion,” he said.This should be avoided as “every individual is suffering today”, he said.

BJD’s Amar Patnaik said the good thing about the Budget is that “it is a bold effort to breach FRBM mandated fiscal deficit targets by increasing capital investment by about 34 per cent”. It also gave a “definite policy direction in the medium- and the long-term for country’s finances and economy, which is good for private investment and FDI to come in,” he said. He said allocation for MNREGA, agriculture, school and education, animal husbandry, however, has decreased. “A recent analysis of 16 major economies shows that India’s stimulus package performs abysmally low in comparison to others,” Patnaik said.