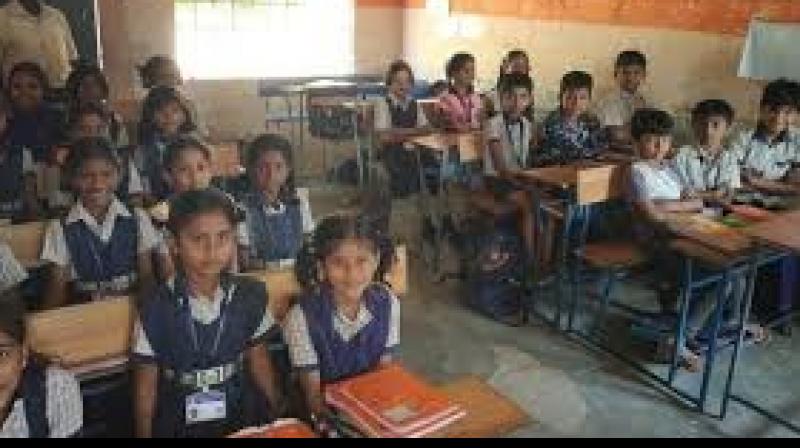 Hyderabad: As the debate is on in both government and educational circles as well as between parents and schools about reopening even as the Covid pandemic is still about us, Deccan Chronicle explores the readiness of schools in different segments. In part 2 of this 3-part series, we look at budget schools.

Surprisingly, the worst hit amongst all categories of schools is that of private budget schools in the state. At least 2,000 of such schools are shut and another 4,000 of the total 11,000 budget schools are on the verge of closing down. The remaining ones which are still running are fighting with their backs to the wall to merely keep functioning.

These school buildings are nothing less than ghost quarters, with piles of dust on tables and chairs, buildings in a dilapidated condition, for which the correspondents are still paying rent of no less than Rs 1 lakh each month.

Other bills that they are supposed to pay are being charged as commercial bills, even without any commercial activity having been undertaken in the last 10 months. Minimum electricity bill incurred by these private schools is Rs. 4,000

“We go through the same and entire process to establish our institution. We pay as much as elite private schools to get recognition, despite not being anywhere close to what they earn each month. We are struggling to even collect the last month’s basic tuition fee from our students. The expenditure during the lockdown has been more than our revenue. If this goes on, we will not be able to survive beyond the end of the year,” said M. Augustine, principal, Wisdom High School in Sreeram Nagar.

Out of 200 to 500 students each in such schools, hardly even one per cent % have paid their fees. Even if the schools reopen, the situation is such that these schools would be left with no teachers due to lack of funds to pay salaries, said A. Shrikanth Raju, principal, Sumedha High School in Yousufguda.

In the absence of any other sources of income, budget school teachers have opted to sell vegetables or open up small shops to eke out a livelihood and support their families.

Sheikh Sayeed Ahmed, general secretary, TRSMA, Hyderabad district, and correspondent, New Lily Model School, said that he had to take loans to the tune of Rs 20 lakh just to pay salaries to teachers. He said less than four per cent of parents at his school have paid fees since last year, which have now accumulated to Rs 22 lakh worth of dues.

To do their bit to help teachers in need, some of these correspondents have lent space in their school buildings to stay in.

Pandu Rangaiah Gupta, a teacher for nine years, 85 years of age, has been living in the premises of Wisdom High School due to lack of funds to even pay rent since February.

Among several of their demands, they want that the government categorise all private schools on basis of revenue and to change their commercial power bills to domestic ones.