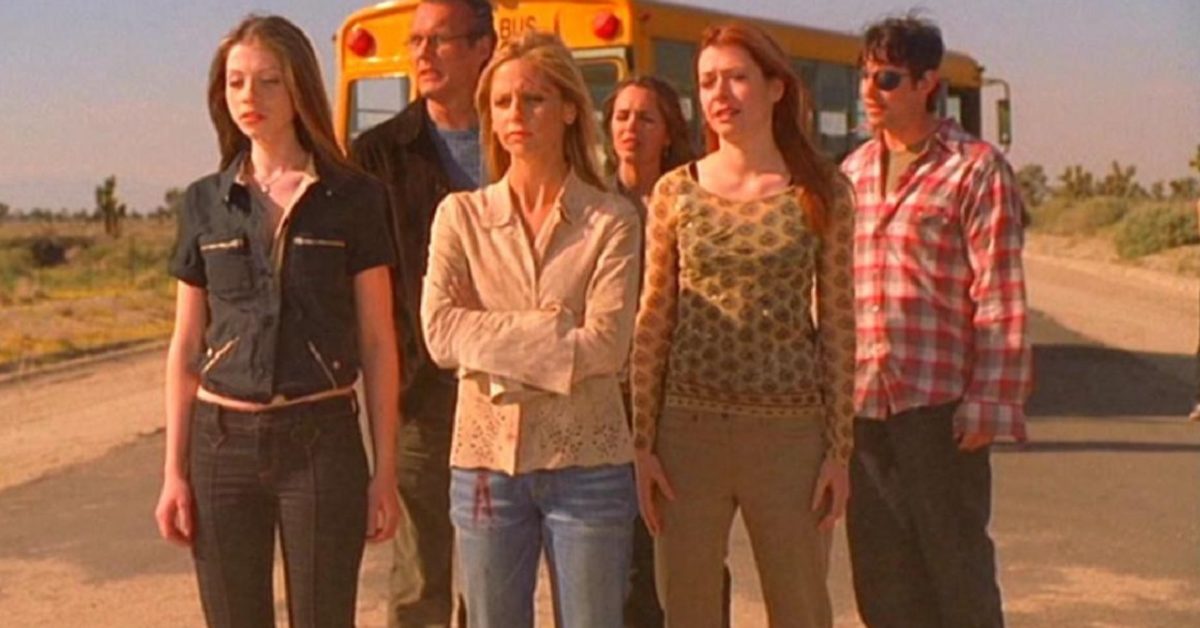 Only hours after Buffy the Vampire Slayer and Angel star Charisma Carpenter (Cordelia) took to Twitter under the hashtag #IStandWithRayFisher to accuse Joss Whedon of years of unprofessional and abusive behavior and reveal that she was a part of WarnerMedia’s investigation into Justice League star Ray Fisher‘s allegations against Whedon, Buffy star Sarah Michelle Gellar has taken to Instagram to issue a statement. “While I am proud to have my name associated with Buffy Summers, I don’t want to be forever associated with the name Joss Whedon,” Gellar wrote in her statement. “I am more focused on raising my family and surviving a pandemic currently, so I will not be making any further statements at this time. But I stand with all survivors of abuse and am proud of them for speaking out.”

Waiting “for nearly two decades” before speaking up, Carpenter claimed in her social media posts, “Joss Whedon abused his power on numerous occasions while working on the sets of ‘Buffy the Vampire Slayer’ and ‘Angel.’ While he found his conduct amusing, it only served to intensify my performance anxiety, disempower me, and alienate me from my peers. The disturbing incidents triggered a chronic physical condition from which I still suffer. It is with a beating, heavy heart that I say I coped in isolation and, at times, destructively.” You can read Carpenter’s entire statement below, where the actress goes on to offer examples of her allegations as well as revealing that she took part in WarnerMedia’s investigation into Fisher’s claims.

Here’s a look at the Buffy and Angel star’s original tweets from earlier today:

On July 1, 2020, Justice League actor Ray Fisher aka Cyborg took to Twitter to accuse Whedon of being abusive on the 2017 set not long after Whedon took over from Zack Snyder (who left the production due to a family tragedy), and that two other executives helped enable Whedon’s alleged actions. WarnerMedia opened an investigation into Fisher’s allegations, but in early September the company claimed that Fished wasn’t cooperating with third-party investigators Fisher denied those claims, while friends co-stars such as Jason Mamoa began publically supporting Fisher and demanding WarnerMedia take action.

Whedon continued, “I am deeply proud of the work we have done; I’m grateful to all my extraordinary cast and collaborators, and to HBO for the opportunity to shape yet another strange world. The Nevers is a true labor of love, but after two-plus years of labor, love is about all I have to offer. It will never fade.” HBO confirmed in a brief statement that it had parted ways with the show’s creator, writer, director, executive producer, and showrunner. “We have parted ways with Joss Whedon. We remain excited about the future of The Nevers and look forward to its premiere,” wrote the cable network in a statement.