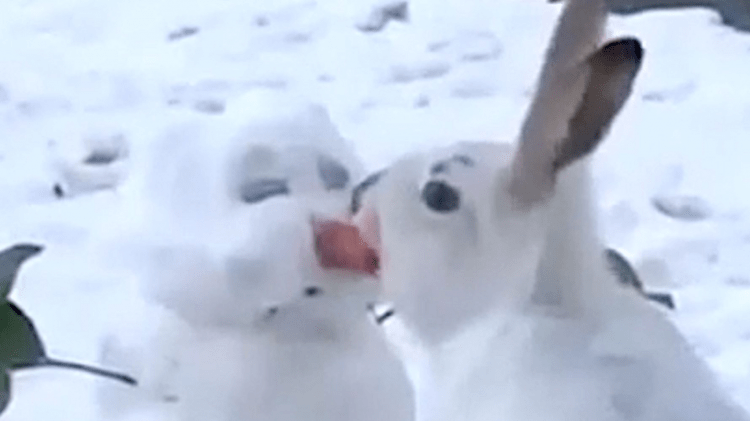 This Frosty lost face, thanks to a famished furry critter.

A bunny was filmed chomping into the carrot nose of a snowman built by a family in the Cambrian Heights suburb of Calgary, the CBC reported.

“Just giving the snowman a kiss,” the family joked in viral footage shared by Sheila Bryant last week as they watched the schnoz heist, “Today” noted in the segment above.

Apparently the bunny has a nose for tasty noses. It finished off the veggie proboscis.

In verse credited to Laura Numeroff, it goes: “There was a little snowman Who had a carrot nose. Along came a rabbit, And what do you suppose? That hungry little rabbit, Looking for his lunch, Ate the little snowman’s nose ― Nibble, nibble, crunch!”